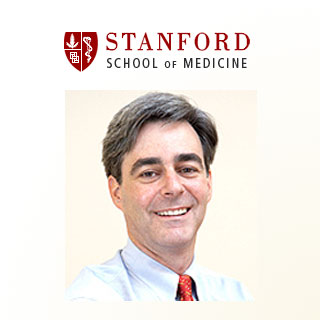 A ‘stealth’ strategy can now be utilized amongst students to allure them to include more veggies in their diet, says a recent study conducted by the Stanford University School of Medicine. It has been seemingly documented that people who are more open to environmental or social movements have a more nutritional and balanced diet.

As a part of the study the authors examined Stanford undergraduates of a ‘Food and Society’ course. The scientists taught these students food-related social and environmental issues, rather than the health or nutritional aspects of food and eating in 2009. These students were then tracked and surveyed by these scientists. For comparison, the scientists also tracked the students enrolled in three other health-related undergraduate courses at Stanford which focused on health psychology, community health and obesity.

During the study the students were made to watch documentaries like Super Size Me. They were also made to read and discuss sections from books like The Omnivore’s Dilemma, Fast Food Nation and The Ethics of What We Eat. They were made to write and submit an opinion piece for publication. The students were divided in small groups to create a brief You Tube video advising some type of behavior change involving a food-related social issue.

It then appeared that the students in the ‘Food and Society’ course were eating more vegetables and included fewer high-fat dairy products, high-fat meats and sweets by the end of the course than they were at the beginning. However, the comparison students reported no improvement in dietary habits and were eating fewer servings of vegetables at the end.

“This is a novel strategy, and we believe it is an important new direction to pursue,” said senior author Thomas Robinson, MD, MPH, professor of pediatrics and of medicine at the School of Medicine and director of the Center for Healthy Weight at Lucile Packard Children’s Hospital. “When people get involved in social movements, it changes their behavior more dramatically than what we’ve seen with more cognitive-based approaches.”

Eric Hekler, PhD, the study’s lead author and a postdoctoral scholar at the Stanford Prevention Research Center, said the improvements made by the Stanford students show why it’s important for health researchers to think more broadly about effective ways to encourage behavior changes. “It seems like we don’t often enough think about our audience,” he said.

Hekler also commented that it is very important to establish healthy habits amongst youngsters because many of those habits are followed into adulthood. Also people in this age group are at high risk for gaining weight and the beginnings of weight-related heart disease, he said it’s crucial to come up with more effective approaches for reducing those risks.

“This approach looks very promising,” Robinson said. “There are a lot of reasons why we believe the stealth interventions will produce longer-term, more sustained effects that are of a greater magnitude than other strategies that have been tried in the past.”

Similar strategies are being employed by Robinson to boost exercise among children and adolescents.

The study will be published in the May issue of the American Journal of Preventive Medicine.