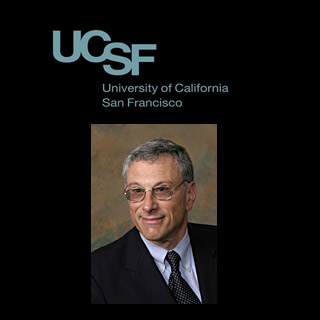 The earliest signs of Parkinson’s disease can seemingly be displayed by the first transgenic mouse created by UCSF researchers. This transgenic mouse model claims to use the genetic mutation that is known to accompany human forms of the disease. The mouse model may also be able to display early signs of constipation and other gastrointestinal problems that are a common harbinger of the disease in humans.

The researchers apparently say that these animals could assist for reversing the neurological dysfunction of the disease at its earliest stages by means of investigating therapies.

According to UCSF geneticist Robert L. Nussbaum, MD, the senior author on the paper, researchers had over the years suspected the neurological component of Parkinson’s. It is this component which probably caused tremors and stiffness among other symptoms but in reality it was considered a late-stage effect of a larger, systemic problem.

Nussbaum, the Holly Smith Distinguished Professor in Medicine and chief of the UCSF Division of Medical Genetics announced that, “This new model validates that theory by mimicking what we know to be the genetic pathway leading to Parkinson’s, while also displaying the earliest symptoms that occur in humans. This will give us an important tool in identifying an early intervention for this devastating disease.”

Followed by Alzheimer’s, Parkinson’s disease is apparently the second most common neurodegenerative disease. It probably affects1.5 percent of adults over 55 years of age and is typically characterized by motor disorders such as tremors, rigidity and postural instability. Depression, sleep disorders and gastrointestinal dysfunction are also claimed to be accompanied frequently in Parkinson’s disease. Amongst them gastrointestinal dysfunction is a symptom seen in 80 to 90 percent of patients often preceding the motor-control symptoms by 10 to 15 year.

The UCSF mouse model is said to not only be the first to display the full gastrointestinal symptoms. But it seems to also be consistent with the progression of the disease in humans. The first Mendelian-inherited form of Parkinson’s, which involves a mutation in the gene that seemed to be producing alpha-synuclein proteins, was identified by Nussbaum, in collaboration with former colleague Mihael Polymeropoulos, MD. To understand the pathways and processes more efficiently he has been learning the rare, inherited forms of the disease. These diseases may be involved in the more common, sporadic forms. He is also involved in creating mouse models of the disease that can help in developing therapies.

The significance of the latest model was that it apparently had the same genetic mutation that causes alpha-synuclein to misfold in an inherited form of Parkinson’s. This causes the proteins to stick together to form insoluble fibrils in the nerve cells. Lewy bodies are those clumps which are associated with Parkinson’s and some other forms of dementia and multiple system atrophy.

Earlier all the mouse models of the disease relied on an over-expression of alpha-synuclein which was probably caused by a combination of human and mouse genes. However, lead author Yien-Ming Kuo, PhD, in the UCSF Institute for Human Genetics claimed that the UCSF researchers had created two new lines that could express only the human form of the protein. Also each new line expressed one of two mutant forms that occurred in human Parkinson’s patients.

Kuo said, “This suggests that, at least in mice with the human proteins, these gastrointestinal symptoms are an intrinsic defect caused by the mutant protein, rather than being caused by abnormalities in brain function. That knowledge could eventually help us test for the disease long before it starts to cause neurodegenerative problems and prevent them from occurring.”

This further explained that the gastrointestinal dysfunction could be seen at three months of age. It reached its highest severity at six months and persisted until 18 months. This further follows the human course of the disease in sporadic Parkinson’s. Even before there was any evidence of the loss of smell or any evidence arose of pathological changes in the brain stem, that dysfunction occurred.

The finding is featured as the cover story in the May 1, 2010 issue of the journal, ‘Human Molecular Genetics.’