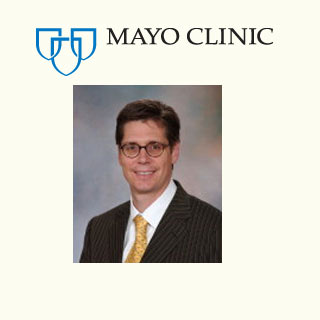 Acoustic neuroma which is a noncancerous tissue arises on a cranial nerve leading from the brain to the inner ear. It is this nerve, which is responsible in transmitting sound and balance information from the inner ear to the brain. Hearing loss, dizziness and ringing in the ears are some of the common symptoms faced by a patient suffering from acoustic neuroma. There are several treatments available like observation, surgical removal and stereotactic radiosurgery. Every year, more than 2,200 patients are provided with care and attention by the Mayo Clinic neurologists and neurosurgeons.

Michael Link, M.D., a Mayo Clinic neurosurgeon and study author, stated, “Gamma Knife stereotactic radiosurgery allows us to perform neurosurgery without an incision. Instead, we use gamma radiation to destroy diseased tissue while preserving the surrounding healthy tissue. It is typically a short procedure and most patients can be discharged from the hospital the same day.”

Between 1997 and 2006, Dr. Link and a team of Mayo Clinic investigators, collected data from 34 patients. These patients had been suffering from acoustic neuroma and underwent a Gamma Knife stereotactic radiosurgery for its treatment. All these patients, had large tumor volumes i.e., one standard deviation above the mean. Positive outcomes were enjoyed by these patients, as at 3 years 89.4 percent of them, had probably not experienced tumor progression. 91.6 percent may now be free of new facial neuropathy and 52.8 percent seemed to have preserved functional hearing. The rates further decreased, to 82.9 percent with no tumor recurrence or progression at 5 years. 86.4 percent may be free of new facial neuropathy and 34.5 percent with preserved functional hearing. And the recent follow-up of the study suggests that, 85 percent of the tumors were smaller than at the time of stereotactic radiosurgery.

Dr. Link remarked that this data seems to show, that Gamma Knife stereotactic radiosurgery is a very well-tolerated, successful treatment for majority of patients with large acoustic neuromas. However, he cautioned that with large acoustic neuromas, the rates of cranial nerve disability and tumor progression are higher when compared to patients with smaller tumors. Therefore, careful investigations of all the available treatment options should be considered before making a treatment decision.

The study was presented at the American Association of Neurological Surgeons Annual Meeting in Philadelphia this week.