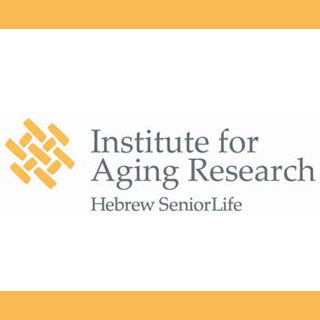 Proteins are known as the building blocks of the body, and should be included in our daily diet, especially dietary protein. This dietary protein, which is an essential nutrient, comes from meat, dairy and certain grains and beans. According to a study, conducted by the Institute for Aging Research of Hebrew Senior Life in Boston, an affiliate of Harvard Medical School, senior citizens who have a higher level of dietary protein intake, may be less likely to suffer hip fractures, than those whose daily dietary protein intake is less.

The study authors examined the data from the Framingham Osteoporosis Study. It included data, about the daily intake of protein by 946 seniors. It then appeared that, the participants who consumed only 25 percent of dietary protein probably suffered approximately 50 percent more hip fractures, than those who consumed more dietary proteins. They were all within normal intakes. It has been approved that, adults who suffer hip fractures ought to consume less than 46 grams of dietary protein everyday.

Marian T. Hannan, D.Sc., M.P.H., senior study author an associate professor of medicine at Harvard Medical School and co-director of the Musculoskeletal Research Program at the Institute for Aging Research, remarked, “Study participants who consumed higher amounts of protein in their diet were significantly less likely to suffer a hip fracture.”

Prior studies have apparently proved that, dietary protein intake may help improve higher bone mineral density. However, this study further enhances that; dietary protein may seem to protect elderly people against hip fracture by building stronger muscles in the legs. This is because, most fractures occur after a fall, which may be caused by less muscle mass and decreased strength in the lower extremities.

The study probably recommends that, older women should consume at least 46 grams of protein per day, and that older men consume at least 56 grams of protein daily. The study was unable to determine, the type of protein consumed by its participants. Along with increase in dietary protein intake, regular exercise should be included. This will help to build stronger muscles and better balance. It will also enable other falls prevention strategies, such as reducing hazards in the home and can help protect seniors against falls and hip fractures.

America claims to have, more than 25 million citizens aged 50 and older that, suffer from osteoporosis or osteopenia. Osteoporosis is a disease, in which bones become fragile and more likely to break and osteopenia is a condition wherein, the bone mineral density is lower than normal, but not low enough to be considered osteoporosis. Moreover, amongst people aged 65 and more, 95 percent suffer from hip fractures due to falls. This can further accelerate, severe health problems like poor quality of life and premature death

The study is published this week in the online-first edition of Osteoporosis International.