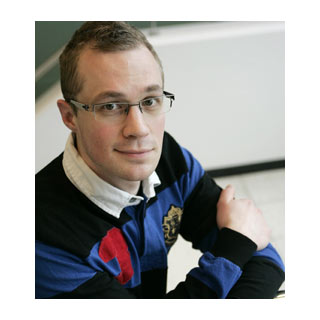 Nowadays, physiological signals can be easily monitored, with measurement devices, implanted inside a living body. Animals or humans are barely aware, of the presence of the implant in the body. Pacemakers have now become a standard treatment for heart patients. Hence, Researcher Jarno Riistama at Tampere University of Technology (TUT) believes that, the next tech-savvy generation, represents a potential customer base for new applications in the field.

It was mentioned that, the future generation may want to monitor their personal health with implantable electrocardiogram (EKG) devices. The device could also used be as a diagnostic tool in emergencies, as it gives medical personnel an instant access to the patient’s EKG data. Since 2003, TUT has fostered implantable EKG devices. These devices have been utilized, among others, to ascertain the mental and physical well-being of cattle. Once the device is implanted, it transmits signals that are possibly used, to infer the cow’s stress levels. It is also be used, to examine how the animal reacts to different living conditions.

Although the use of implantable EKG devices seem to give positive results, but there is a necessity of further research. Implantable measurement devices, intended for human use may be commercially available in a decade or so. The various tests and the approval process may consume time. This doesn’t mean that, it will fail because this technology seems to hold a strong commercial potential. Due to industrialization, people in the near future are quite likely to suffer from various ailments and people may also be very health conscious at the same time.

Apart from this technology, the researchers have also developed an instrument that apparently measures crucial functions, such as EKG, directly from the skin surface itself. Moreover, the measurement strips are affordable and they can be developed into disposable variants, to be used in a hospital environment. The strip transmits the signals just like a pulse counter does. The signal is possibly received wirelessly; this further discards the need for cables.

Professor Jukka Lekkala, of TUT has developed the surface measurement device, to accelerate the fault-tolerance of signal reception. This device may enter the global market once the application is accomplished. Minimally invasive, continuous measurements are claimed to be possible with this device. It may be used, to determine athletic performance by integrating a receiving antenna into an athlete’s shirt or to simply measure employee well-being in the workplace. However, the most vital advantage of the device is that, these sensors are hygienic and considerably more convenient when compared to the present day pulse counters. It is assumed that, a direct contact between the object and the electrode of the measurement device helps measure the current distribution created by essential functions.

The measurements will apparently be conducted on humans, animals and cells. EKG will probably monitor heart functions. Highly conductive metal or a conductive material like doped silicon may be used to make electrons. But it is quite possible that, many factors may hamper with the measurement of vital functions. The signal may be disturbed, in case the electrode shifts. Researcher Jarno Riistama explained that, if the device is used in sports then it is possible that, the electrode may not remain completely fixed in a place. Therefore, the material has to be such that, it minimizes the effects of signal disturbance. Although, once the electrode is implanted in its proper position, the material plays a vital role than in conventional electrodes. Also, since the device will probably be inserted for many years, the tissue response to the surface material and electrodes should be minimal.

The doctoral argumentation of Riistama, was centralized on wearable and implantable measurement devices and related applications. Advance electrode materials that quickly minimize signal disturbance, are apparently discovered by him. These materials may quite likely lead to faulty readings. The materials are appropriate, in which the electrode may shift out of position. Riistama concluded that, the features of electrodes that are made of surgical steel seem, to be highly competitive as compared to conventional silver/silver chloride electrodes. The main advantage of employing steel is that, it is not only tissue-friendly but also simpler to produce than silver electrodes.

Departments from the University of Helsinki and the MTT Agrifood Research Finland have also, contributed in the research.