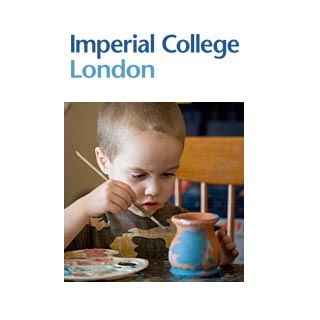 Autism affects an estimated one in every 100 people in the UK. People suffering from autism have a range of different symptoms. But frequently they experience problems with communication and social skills, such as understanding other people’s emotions and making conversations and eye contact. Researchers from Imperial College London and the University of South Australia recommend that chemical fingerprint in the children’s urine may lead to a simple urine test to identify if a child is affected by autism.

People suffering from autism are known to suffer from gastrointestinal disorders and they have a distinct makeup of bacteria in their guts as compared to non-autistic people. The researchers suggest that this understanding could help them develop treatments to tackle autistic people’s gastrointestinal problems.

Recent research conducted shows that an autistic and a non-autistic child can now be differentiated. It can be done by evaluating the by-products of gut bacteria and the body’s metabolic process in the urine. The accurate biological significance of gastrointestinal disorders in the development of autism is not yet identified. It would be possible to identify autism at its earliest by a non-invasive test that could use distinctive urinary metabolic fingerprint as a base which was found in the recent research. This would help autistic children to receive treatment such as advanced behavioral therapy in the initial stage.

At present a comparatively long process involving a range of tests is used to examine autism. It examines the child’s social interaction, communication and imaginative skills. Early involvement can immensely improvise the progress of children with autism. But it is difficult to establish a strong diagnosis when the children are below 18 months of age. There are possibilities of changes occurring even before 18 months of age.

Professor Jeremy Nicholson, the corresponding author of the study, who is the Head of the Department of Surgery and Cancer at Imperial College London, said, “Autism is a condition that affects a person’s social skills, so at first it might seem strange that there’s a relationship between autism and what’s happening in someone’s gut. However, your metabolism and the makeup of your gut bacteria reflect all sorts of things, including your lifestyle and your genes. Autism affects many different parts of a person’s system and our study shows that you can see how it disrupts their system by looking at their metabolism and their gut bacteria.

“We hope our findings might be the first step towards creating a simple urine test to diagnose autism at a really young age, although this may be a long way off – such a test could take years to develop. We know that giving therapy to children with autism when they are very young can make a huge difference to their progress. A urine test might enable professionals to quickly identify children with autism and help them early on,” he added.

The researchers are now keen to identify if metabolism differences in people suffering from autism are related to the condition or a consequence of its progression. The researchers concluded their research by using H NMR spectroscopy to evaluate the urine of children aged between 3 and 9. These children were divided into three groups. The first group included children who had previously been diagnosed with autism, the second group included 28 non-autistic siblings of children with autism, and the third group included children who did not have autism and who did not even have an autistic sibling.

This research is published in the print edition of the Journal of Proteome Research.