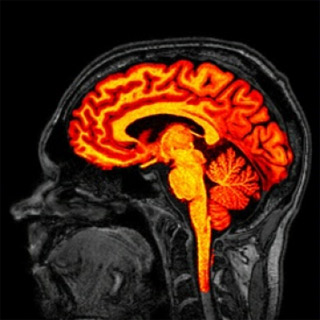 Researchers at India’s National Centre for Biological Sciences (NCBS) and New York University’s Center for Neural Science have observed new synaptic defects in a particular area of the brain. This area is involved in the weakening emotional symptoms of fragile X syndrome (FXS) which is known to be a leading cause of autism and mental retardation. This research may be of possible remedial importance. This is mainly because it appears to identify that pharmacological remedial is capable of correcting some of these synaptic deficits in mice who are genetically engineered to model FXS.

FXS is a developmental disorder that arises early in childhood. The findings reveal that synaptic defects can be corrected pharmacologically even after the disease has altered the brains of the FXS mice. The findings follow current reports which include that pharmaceutical companies have conducted clinical trials in FXS individuals. These clinical trials were conducted using compounds that block mGluRs.

FXS is caused by a change in a gene on the X chromosome and individuals affected by this condition face numerous problems which include learning disabilities, attention deficit and hyperactivity, seizures, and emotional problems related to anxiety and mood instability. Neuroscientists from NCBS and NYU studied how neurons and synapses in the amygdala were used to investigate cellular and molecular basis for emotional problems that were associated with FXS. Amygdala is a part of the brain known to mediate emotion’s influence on memory. It was observed that neurons and synapses are affected in FXS model mice.

Sumantra Chattarji, a professor at NCBS, and Aparna Suvrathan, an NCBS graduate student, determined that there were defects on both sides of synapses in the amygdala. And she recognized that its neurons were not communicating appropriately with each other which it was observed using electrophysiological recordings from neurons in the amygdala. NYU Professor Eric Klann and Charles Hoeffer, a former postdoctoral fellow in the Center for Neural Science and now at NYU School of Medicine recognized molecular correlates of these defects. This gave the researchers a firm understanding of where the breakdown occurs. Mutually these deficits damage the capability of neurons in the amygdala to converse and encode data.

The next approach was to control contact between neurons so the researchers focused on group I metabotropic glutmate receptors (mGluRs). These receptors are involved in synaptic dysfunction including other brain areas in FXS and it was observed that mGluRs are receptors for glutamate, the major neurotransmitter in the brain. Researchers found that some of the synaptic deficits could be reversed when the amygdala neurons in adult FXS model mice were treated with a drug that blocks these receptors. By stopping the functionality of these receptors normal communications may occur between neurons. These findings hold promise in order to address FXS.

This research appears in the journal the Proceedings of the National Academy of Sciences.

Perception of parents and physical activity of their children probably linked