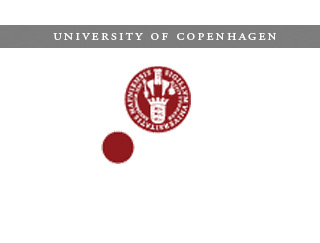 Some psychotropic drugs may be recommended to treat depression as they are believed to affect the mind, emotions, and behavior of an individual. But these medications appear to elevate the risk for various birth defects. As a recent study initiated by the University of Copenhagen suggests, the consumption of psychotropic medication ought to be avoided during pregnancy.

Investigators observed the link of psychotropic medications with birth defects. They analyzed the data between 1998 and 2007 regarding Danish children under the age of 17. The study claims that the data highlighted 429 adverse drug reactions in these children. After thorough examinations the authors concluded that more than half of these cases indicated extreme birth defects including birth deformities and severe withdrawal syndromes.

Associate Professor Lisa Aagaard affirmed, “A range of serious side effects such as birth deformities, low birth weight, premature birth, and development of neonatal withdrawal syndrome were reported in children under two years of age, most likely because of the mother’s intake of psychotropic medication during pregnancy.”

In addition, the investigators inspected 4,500 pediatric adverse drug reaction reports and revealed a clear link between psychotropic medications and birth defects. It was ascertained that psychostimulants like Ritalin known to treat attention deficit disorder (ADD) was accountable in 42 percent of unfavorable reactions. And while antidepressants such as Prozac probably caused 31 percent reactions, 21 percent were contributed by antipsychotics similar to Haldol.

Aagaard cautioned, “Psychotropic medication should not be prescribed in ordinary circumstances, because this type of medication has a long half-life. If people take their medicine as prescribed it will be a constantly high dosage, and it could take weeks for one single tablet to exit the body’s system. Three out of four pregnancies are planned, and therefore society must take responsibility for informing women about the serious risks of transferring side effects to their unborn child.”

The study has been published in the journal BMC Research Notes.