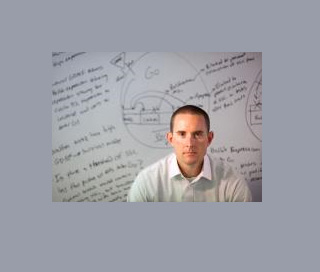 Degenerative diseases are known to often weaken the use of the affected tissues or organs, affecting day-to-day functioning. Experts from the Penn State College of Agricultural Sciences reveal the identification of a process that regulates stem cell differentiation in mice testes. The scientists suggest the same mechanism to probably stimulate degenerative diseases among humans.

STAT3 protein is active among tissues all through the body and is essential for life. It controls genes involved in cell growth, cell division, cell movement and self destruction of cells. Scientists altered STAT3 that alerted stem cells particularly convincing them to separate into a specific cell or self-renew and continue as a stem cell. They identified an essential controller of spermatogonial stem cell self-renewal.

All tissues and organs within the body are based on particular cell types, which are continuously lost during cell death and aging. The differentiated cell type for the testis is sperm. Differentiation occurs when the stem cell division introduces cells that turn into differentiated cells known to control the function of the tissue or organ. Distortion in any of these stem cells leads to tissue and organ failure. This highlights processes that control stem cell activities are significant for introducing treatments particularly for degenerative diseases.

Jon Oatley, assistant professor of reproductive physiology, who led the study elucidates, “We looked at a mechanism that is involved in the differentiation of stem cells, and we were actually able to shift that decision away from differentiation into self-renewal. Right now we are at the ground level we discovered this in a mouse, and we hope we can start to look at it in human disease to see whether this pathway still holds true. We hope that down the line, as we study it further, we may be able to tie it to human disease.”

He further quotes, “In this study, we found that impairment of STAT3 signaling enhances spermatogonial stem cell self-renewal without affecting general proliferation of the cells. That indicates an alteration in the balance of spermatogonial stem cell fate decisions that inhibited differentiation in favor of self-renewal. Ideally, any of us who work with mice would love to translate our work into humans, but the problem is that you can’t get the tissue samples from humans, and you can’t manipulate the genetics of humans to show what we want to learn”.

Experts share that many essential regulators of spermatogonial stem cell self-renewal have been recognized. However there is limited information on molecules that control spermatogonial stem cell differentiation. Most of the analysis on stem cell is conducted on mice. They feel that these findings may help scientists learn approaches to control STAT2 levels in order to treat or control degenerative diseases among humans.

These findings were published in the June online issue of Biology of Reproduction.