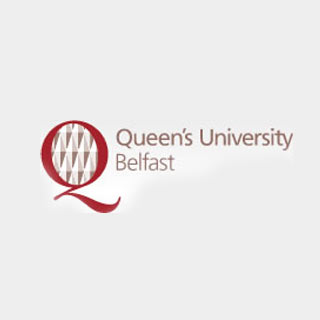 Previously we mentioned brown rice and whole grains seemingly reduce the risk of diabetes as compared to white rice. Experts from the Centre for Public Health and the School of Nursing and Midwifery at Queen’s University Belfast and the Belfast Health and Social Care Trust reveal consuming vitamin supplements C and E do not reduce the risk among women suffering with type1 diabetes, who are at greater risk of pre-eclampsia and preterm delivery.

Experts further share these vitamin supplements may be essential among those women with low levels of dietary antioxidants in their blood but it needs further analysis. Oxidative stress seemingly stimulates growth of pre-eclampsia but it is not yet confirmed. Previous analyses reveal that vitamin C and E lower pre-eclampsia not only in pregnant women but also those affected with type1 diabetes. Since then no significant benefits of vitamin C and E supplements during pregnancy have been highlighted.

Baha M Sibai from the University of Cincinnati, Ohio, USA reveals, “The causes of pre-eclampsia might be multi-factorial. Some cases might be caused by immunological factors, others by dietary factors, and others because of pre-existing medical conditions, or by a combination of these factors. Therefore any single intervention is unlikely to be effective in prevention.”

Former analysis revealed type 1 diabetes association with both oxidative and antioxidant stress. However antioxidant vitamin supplements seemingly improve outcomes specifically for these women. For further analysis experts evaluated the essence of 1000mg vitamin C and 400 IU vitamin E among 762 pregnant women. These women were affected with type1 diabetes and were enlisted from 25 antenatal clinics in the UK. They were randomly allotted to vitamins or placebo daily from 8-22 weeks until delivery.

Professor Ian Young from the Centre for Public Health, Queen’s School of Medicine, Dentistry and Biomedical Sciences explains, “Dietary intervention rich in various antioxidants might have benefits that cannot be replicated by individual supplements. Alternatively, prescription of antioxidant vitamins at 8–22 weeks’ gestation might be too late to affect the pathological process for most patients with diabetes. In principle, the notion that oxidative stress is implicated in the cause and development of pre-eclampsia remains plausible, but the benefit of vitamin supplementation might be limited to women with vitamin depletion; however, this idea needs confirmation.”

The rate of pre-eclampsia was observed to be similar in both the groups. Women with low antioxidant status when they entered the study showed low risk of pre-eclampsia on consuming vitamins. Neither the mother nor the babies were affected by vitamin supplements. During pregnancy antioxidants did not augment blood pressure but seemingly lowered the risk of delivering a low birth weight baby. Women consuming vitamin C delivered babies preterm.

The research will be presented at the American Diabetes Association meeting in Florida. The article will be published online in The Lancet.