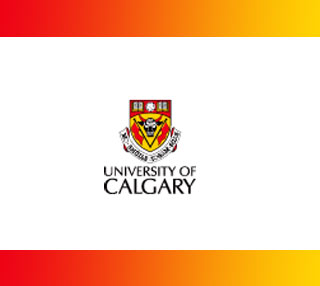 Everyone relishes sweets however excess sweet food is not advisable. A new study by University of Calgary reveals fifty three percent of food products available in Canadian grocery stores particularly for toddlers and babies have excess sugar and accumulates more than 20 percent of calories. The main highlight of the study was to evaluate the new and growing category of toddler foods available in the market.

Experts measured sugar and sodium levels in 186 food products whose niche market included babies and toddlers. They also examined four categories of baby or toddler foodstuffs and compared it with their adult counterparts. They did this to identify if a halo-effect contributed to baby or toddler food is necessary.

Charlene Elliott, an associate professor in the Communications & Culture department elucidates, “There is a presumed halo effect around baby and toddler foods because people expect these foods to be held to a higher standard. Yet this is not necessarily the case.”

Scientists compared four types of toddler food products specifically toddler cereal bars, cookies or biscuits, fruit snacks and yogurt and their adult equivalents. They observed that nutritionally baby or toddler food was not better than adult food in terms of sugar and in some cases toddler food fared worse.

Elliott shares, “Assessing sugar levels in baby and toddler foods is challenging because there is currently no universally accepted standard. While the American Heart Association (AHA) recommends that adults should limit their consumption of added sugars to six teaspoons a day for women and nine teaspoons a day for men, these recommendations do not extend to children or toddlers. In fact, the AHA has not published specific ‘added sugar’ recommendations for children or toddlers even though high sugar foods are deliberately created for them. Health Canada, similarly, offers no direct recommendations or cautions regarding sugar intake or upper limits on the intake of added sugar for very young children, or for toddlers, per se.”

Previous analysis revealed that if foodstuffs contain more than 20 percent of calories from sugar they are considered of poor nutritional quality. Scientists observed this criterion in more than half of the products they evaluated. Forty percent products like corn syrup, cane syrup, brown sugar highlighted the sugar content in the first four ingredients mentioned on the label. And about 19 percent listed as their first or second ingredient.

Elliott reveals, “The study contained baby food desserts and ‘premium organic cookies’ for toddlers products that would be target adult tastes, as there is no nutritional reason that babies should complete their meals with Banana Coconut Cream Dessert puree or cookies, organic or otherwise. Equally significant is the way such products steer our youngest consumers down the wrong path in terms of reinforcing tastes for sweet foods.”

Experts suggest that the ingredient list should be carefully inspected before dropping things in the trolley as you walk down the supermarket. Some products include sugar naturally occurring in fruits whereas some contain added sugars. However scientists do not find the necessity to add sugar in baby or toddler products.

This article is published in the advanced online version of the Journal of Public Health.