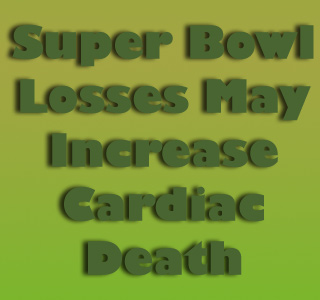 Sudden cardiac arrest, a condition wherein the heart unexpectedly stops beating seems to be fatal in many cases. Scientists worldwide are trying to put forth various preventive measures to overcome this disease. A latest study triggered by investigators from The University of Manchester ascertains to have identified the cause of death due to sudden cardiac arrest during sleep.

While conducting the research, the investigators employed detailed computer models. This possibly enabled them to help save lives by preventative treatment for those at risk from a type of heart rhythm disorder termed as sick sinus syndrome. The authors enlightened that this disorder may occur due to damage in the heart’s pacemaker namely the sinoatrial node. Therefore they aimed to ascertain the combination of gene mutation and activity of the nervous system.

Professor Henggui Zhang from the University’s School of Physics and Astronomy explained, “Previously, we did not know why some people with sick sinus syndrome would die suddenly, but now we do know why risk can increase at night during sleep. Our findings may be an important step towards ways of preventing this. We may have to reduce the influence of a certain form of nerve activity on the hearts of sick sinus patients. This could be via drugs or pacemaker devices. The computer models we have made have created the effects of the chemicals on the heart and we then tested this experimentally with results that supported the computer predictions. Our laboratory experiments have been building up computer models to analyze the heart for the past 13 years. We are now in a position to test other forms of sick sinus syndrome so we can hopefully identify common features that can lead us to more effective treatments”

Claimed to be a novel discovery, Professor Zhang displayed the way gene mutation and activity of the nervous system can combine to hinder the heart’s normal rhythm. The risk of suffering a sudden cardiac death can be supposedly reduced by identifying the people who can be affected by it. Although this disorder may affect any person of any age, it seems to particularly affect healthy elderly and well-trained athletes. The risk of undergoing a sudden cardiac disorder may be decreased by utilizing drugs or a pacemaker.

Professor Jules Hancox from the University of Bristol, who collaborated on the study added, “The insights into sick sinus syndrome from this study are potentially of great importance. If other forms of sick sinus syndrome that involve mutations to different proteins in the heart are affected by nerve activity in the same way, this may identify a common target to reduce or eliminate risk of dangerous arrhythmia.”

Since the heart rate appears to slow down immensely at night, an individual may suffer from a sudden cardiac arrest at night. This disorder is claimed to occur after an abrupt loss of consciousness within one hour of the onset of acute symptoms. It was mentioned that the form of sick sinus syndrome evaluated by the researchers does not seem to be connected with structural heart disease. Yet the authors consider the genetic mutations altering the SCN5A protein, to be involved in the production of electrical activity in the heart.

The authors ascertained that a person at any age having a genetic abnormality may face a sudden cardiac arrest. Approximately 30% of sudden cardiac deaths seem to occur at night. This research has seemingly aided in developing models of cardiac electrical activity over 13 years. Professor Zhang has apparently succeeded in stimulating the electrical activity in cardiac tissue by employing experimental measurements from the sinoatrial node along with detailed computer models.

The researchers claimed to discover the presence of a chemical in the nervous system in healthy individuals. This chemical acts to slow the heart rate. However, patients with sick sinus syndrome may completely avoid electrical activity to spread across the heart. This can probably adjust cardiac function further causing heart arrest. Certain tests may help identify the effects related to gene mutations.

The study is published in the journal Circulation Research.