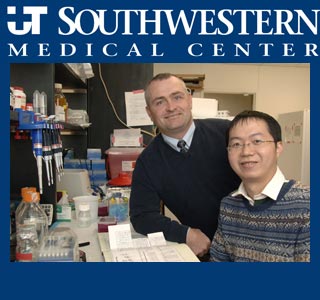 For those who are really obese, burning calories could be a real task. A latest research triggered by scientists from the UT Southwestern Medical Center claims that the enzyme PI3 kinase controls the heightened generation of body heat. This is probably beneficial in burning off excess calories after eating a high-fat meal.

It has been assumed that the elevation in energy expenditure, known as a thermogenic response potentially burns calories even in the absence of exercise. Therefore, determining the means of regulating it seems to help brush-off obesity. The researchers mentioned that the mystery whether the findings in mice are applicable to humans continues to remain unsolved, as the brown adipose tissue believed to mediate the thermogenic response is apparently a fat uncommon in adult humans.

Dr. Joel Elmquist, professor of internal medicine, psychiatry and pharmacology at UT Southwestern and co-senior author of the mouse research explained, “We found that the mice with reduced PI3 kinase activity in specific neurons in the brain gained weight because they were unable to produce this thermogenic response adding that the physical activity levels of the mice with reduced PI3 kinase did not change. These mice were more susceptible to diet-induced obesity.”

A previous investigation conducted on mice and humans seemingly revealed that acute exposure to too many calories leads the body to temporarily increase energy expenditure, burning more energy in an effort to use up those excess calories. During this research the scientists claimed to have set up a type of mouse with decreased PI3 kinase activity in neurons.

Dr. Elmquist quoted, “Brown adipose tissue is found in babies – that’s why they’re so warm – but it’s unclear whether the tissue has the same physiological role in adult humans that it does in rodents. Recent studies have suggested that humans do have brown fat, which may have physiological importance. What is clear, however, is that specific brain cells and PI3 kinase seem to play a key role in how mice, and potentially humans, respond on a physiological level to a high-fat diet.”

These neurons can be discovered in the ventromedial hypothalamus, which is a tiny region of the brain assumed to control food intake and body weight. The scientists aimed to ascertain the way PI3 kinase signaling in these neurons affects energy balance. It was mentioned that although the research findings are considerably important, it also raises many questions.

Dr. Yong Xu, instructor of internal medicine at UT Southwestern and co-lead author of the research affirmed, “The animals in this research developed obesity mainly because they didn’t produce enough heat after eating, not because the animals ate more or were less active. A better understanding of this pathway in the brain might lead to ways to activate or enhance it, and perhaps result in a way to combat obesity not by prohibiting eating or increasing physical activity, but by generating more energy expenditure.”

The investigators also claim to have uncovered the fact that the neurons in the ventromedial hypothalamus need PI3K for meditating the effects of the hormone leptin. This hormone possibly activates this pathway and appears to play a major role in regulating energy that may be employed in the body. The experts ascertained that other hormones like estrogen may also be involved in regulating the system.

Further analysis will be initiated to determine the relationship between PI3 kinase-expressing neurons and fat-burning in detail. The researchers also aim to clearly distinguish the role of leptin and other hormones in the process.

The research is published online and in the current issue of Cell Metabolism.