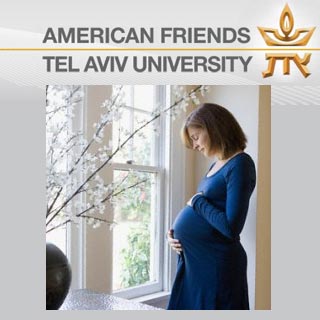 Virtually every woman desires to have a child, however statistics reveal that around six million women every year face infertility problems. Experts from the Tel Aviv University suggest the use of a vitamin supplement that may help women conceive. The utility of this pill is enhanced as it is available now in drug stores. They identified a significant link between vitamin supplement DHEA and flourishing pregnancy rates among women undergoing treatment for infertility.

Women treated for infertility who also received supplements of DHEA were expected to conceive as compared to those who were treated in the absence of this supplement. Scientists conducted a study with a control group who did not receive the supplement whereas the other group was treated with the supplement. The latter group received 75 mg of DHEA continuously for 40 days before fertility treatments, it continued for upto five months. Experts highlighted that women who received the supplement were more likely to have a healthy pregnancy and delivery.

Prof. Adrian Shulman of Tel Aviv University’s Sackler Faculty of Medicine and the Meir Medical Center shares, “In the DHEA group, there was a 23% live birth rate as opposed to a 4% rate in the control group. More than that, of the pregnancies in the DHEA group, all but one ended in healthy deliveries.”

Experts suggest women who are presently undergoing fertility treatment should try the DHEA supplement to improve chances of conceiving. This supplement can apparently also be used on a regular basis by women who have already conceived and are pregnant. However additional analysis is required to determine the effects of this compound.

Prof. Shulman reveals, “We recommend that women try this DHEA treatment, in conjunction with fertility treatments for four to five months.”

DHEA, 5-Dehydroepiandrosterone is a naturally formed steroid in the brain and is known to play a significant role among humans and mammals. It is synthesized in the brain and also forms in the adrenal glands. The pharmaceutical version of this molecule is known as Prastera, Prasterone, Fidelin, Fluasterone and identical generics. They are available over the counter widely in the United States without a prescription. However women are suggested to consult their practitioner before receiving DHEA to conceive.

Prof. Shulman shares, “We need to look into what the drug actually does to make the body more fertile. It could be affecting components such as the quality of the eggs or the follicles.”

The study enlisted only 20 women and the overall effects of DHEA are not yet traced. Experts anticipate that further analysis may highlight the reason as to why the supplement helps in flourishing conception among women who otherwise poor response to fertility treatments.

The results were recently published in AYALA, the journal of the Israeli Fertility Association.