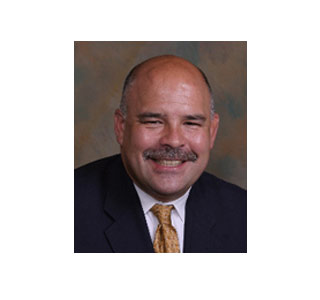 Genetic ancestry may now aid in recommending a diagnosis for asthma and lung disease. As a latest study triggered by the University of California, San Francisco and Northwestern University ascertains that Americans with lung disease face a much elevated level of lung damage than either they or their doctor suspects. The level of damage seems to depend on an individual’s genetic heritage.

The experts mentioned that the assumptions put forth in the study range from diagnosing the severity of asthma to disability decisions or eligibility for lung transplants. Claimed to be the largest study till date, the authors scrutinized numerous research centers and pooling data of more than 3,000 patients. It was noted that a patient’s precise genetic background is capable to predict far more about their potential lung function. So any damage that has been reported, other than the self-identified racial profile may be commonly used in such tests.

A more accurate method of assessing patients’ lung function has been probably revealed by the experts. The study findings also ascertain the possible impact of employing precise genetic benchmarks for evaluating the overall health of a patient. In order to analyze the normal expected range for an individual patient, the experts claim lung function to be one of the many medical assessments utilizing standard benchmarks, such as age, sex and race.

Esteban G. Burchard, MD, MPH, senior author, director of the UCSF Center for Genes, Environment and Health, and a member of the Department of Bioengineering and Therapeutic Sciences, a joint department between the UCSF schools of Medicine and Pharmacy remarked, “People throughout the world have a richer genetic heritage than can be captured by our current definitions of race. Almost every continent has large populations that are known to be genetically mixed. When we force patients into an individual box, such as ‘African-American’ or ‘Caucasian’, we’re missing a lot of genetic information.”

Even to determine the kidney function or the risk for some cancers identical criteria may be considered. This benchmark seemingly aids patients with lung disease, as it enables physicians to determine the severity of damage represented by a patient’s lung function test. The criteria is claimed to be generally utilized for ascertaining the severity of asthma in a patient and whether it is eligible for disability insurance or a lung transplant.

Though the study encompasses patients defining themselves as African-Americans, the authors affirmed that the participant’s actual genetic ancestry ranged broadly and encompassed Caucasian and African heritage. It should however be noted that standard race categories don’t seem to capture the extent of ancestral diversity.

Rajesh Kumar, MD, an attending physician at Children’s Memorial Hospital, associate professor at Northwestern University Feinberg School of Medicine and the lead and corresponding author on the paper added, “Since genetic ancestry improves our definition of normal lung function, it may be relevant for determining the severity of all lung diseases, as it was for asthma in this study. Taking genetic ancestry into account could result in more appropriate treatment for patients.”

After employing recently developed genetic tools, the experts were seemingly able to anticipate individual genetic ancestry. The outcome of the study was that a compelling correlation between ancestry and lung function was reported. With advancement in technology, the scientists supposedly enjoyed an enormous reduction in the employed tools. Hence, the experts suggested that patient care can be significantly improved at a relatively low cost by a viable method.

Burchard explained, “This study provides new evidence that genetic ancestry correlates to physiologic measures. With it, we’re one step closer to personalized medicine.”

Five large-scale, independent health studies with self-identified African American populations were conducted. The studies encompassed individual’s aged 18 to 93 years. The investigators observed the impact of genetic ancestry on measures of lung function. As the result, the authors were able to discover an important association between African ancestry and pulmonary measurement in both men and women across all ages.

However, the authors concluded that certain limitations do appear with the study. Apparently a link between lung function and ancestry is highlighted, but this correlation can be aroused by factors other than genetics, like social and environmental exposures.

The study will be published in the July 22 print edition of the ‘New England Journal of Medicine’ and online on July 7 at nejm.org.