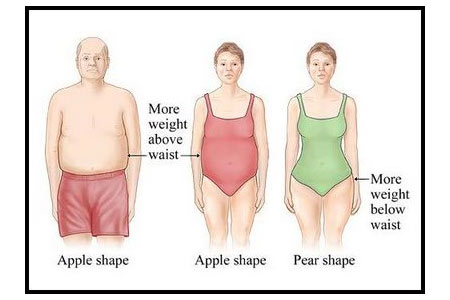 The study encompassed 8,745 cognitively normal, post-menopausal women aged 65 to 79 from the Women’s Health Initiative hormone trials in the United States. Claimed to be a novel study, the authors highlight the relation between obesity and poorer memory. The study also showed the link with brain function and body shape of women.

Diana Kerwin M.D., lead author, an assistant professor of medicine and a physician at Northwestern Medicine said, “The message is obesity and a higher Body Mass Index (BMI) are not good for your cognition and your memory. While the women’s scores were still in the normal range, the added weight definitely had a detrimental effect.”

The scientists mentioned that for each one-point elevation in a woman’s BMI, her memory score dropped by one point. The investigators employed a 100-point memory test known as the Modified Mini-Mental Status Examination to score the women. Variables such as diabetes, heart disease and stroke were apparently controlled during the study.

Kerwin enlightened, “We need to find out if one kind of fat is more detrimental than the other, and how it affects brain function. The fat may contribute to the formation of plaques associated with Alzheimer’s disease or a restricted blood flow to the brain.”

Kerwin added, “The study tells us if we have a woman in our office, and we know from her waist-to-hip ratio that she’s carrying excess fat on her hips, we might be more aggressive with weight loss. We can’t change where your fat is located, but having less of it is better.”

Body fats possibly causes more harm as the lead author elucidated that cytokines which are hormones released by the predominant kind of fat in the body can lead to inflammation, likely affect cognition. It is known that different kinds of fat release different cytokines and have different effects on insulin resistance, lipids and blood pressure. The results of the study may aid physicians while treating overweight, older female patients.

The study is published in the July 14 issue of the Journal of the American Geriatric Society.