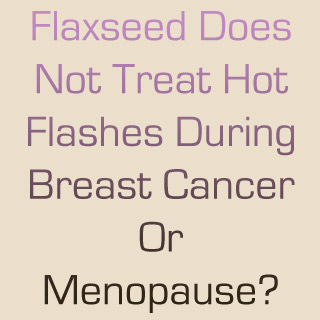 Approximately 67,000 new cases of ductal carcinoma in-situ (DCIS) were registered in 2009 in United States alone, statistics which seem enough to keep scientists engrossed. Though radiation therapy and hormone treatment continue to remain the standard form of treatments, neither of them seem capable of improving survival. Apparently scientists from the Memorial Sloan-Kettering Cancer Center (MSKCC) report the development of a novel prediction tool that calculates a patient’s individualized risk for recurrence five and ten years after surgery.

It is predicted that employment of screening methods like mammography is the reason for heightened cases of breast cancer cases diagnosed as DCIS. The experts explain that in DCIS the cancer cells are limited to an area within the ducts of the breast and have not invaded surrounding breast tissue outside the ducts. Since DCIS is assumed to be an early-stage breast cancer, around 98 percent survival follows treatment for DCIS.

Kimberly Van Zee, MD, an attending surgeon in the Breast Cancer Surgical Service at Memorial Sloan-Kettering Cancer Center and the study’s lead author shared, “For the first time, using readily available information, a patient and her oncologist can estimate her individualized risk, and then use this tool to help in the decision-making process regarding treatment options. To date, there has been no other way to integrate all of the known risk factors for recurrence and come up with an individualized absolute risk estimate. This nomogram will be a valuable tool in weighing the pros and cons of various treatments.”

In the course of undertaking large, randomized clinical trials scientists have suggested that radiation after breast-conserving surgery lessens local breast recurrence by about half in patients with DCIS. But, radiation may not result in better survival and carry rare but serious potential risks. So women with DCIS are supposedly not recommended to undergo radiation. The radiation oncologists prefer to distinguish those at lowest risk for recurrence and allow them to avoid radiation.

Dr. Van Zee remarked, “Given that nomograms have been repeatedly shown to be more accurate at risk estimation than expert opinion, it is very helpful to have mathematical models to integrate available information and improve the decision-making process for our patients.”

1,681 women subjected to breast-conserving surgery from 1991 to 2006 at MSKCC were included in the study. The experts reveal that variables such as the patient’s age, family history, clinical presentation, margin status, and histopathological features such as nuclear grade and presence of necrosis which are all commonly available factors were utilized in making the nomogram.

The study is published in the Journal of Clinical Oncology.