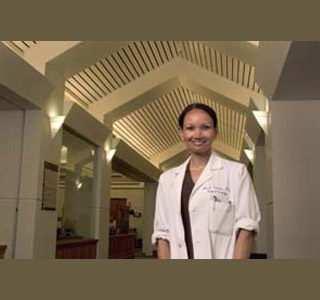 Though the exact cause of breast cancer is not pointed out, scientists share the opinion that alterations in the DNA can cause normal breast cells to become cancerous. However, this piece of investigation seems to offer a completely different correlation of the deadly cancer. An anomalous study commenced by the University of Michigan Comprehensive Cancer Center ascertains African ancestry to be associated with triple-negative breast cancer which is considered as an immensely aggressive form of cancer.

Triple negative breast cancer which apparently has very less treatment options is known to be negative for three specific markers, which are the estrogen receptor, the progesterone receptor and HER-2/neu. After analyzing women with this form of cancer, the investigators noted that 82 percent of African women were triple negative. On the other hand, 26 percent of African-Americans and 16 percent of white Americans suffered from the disease.

“The most significant recent advances in breast cancer treatment have involved targeting these three receptors. But these treatments do not help women with triple-negative breast cancer. Outcome disparities are therefore likely to increase, because fewer African-American women are candidates for these newer treatments,” alleged Lisa A. Newman, M.D., M.P.H., director of the Breast Care Center at the U-M Comprehensive Cancer Center and study author.

The study encompassed 581 African American and 1,008 white breast cancer patients being treated at the Henry Ford Health System in Detroit. The experts also observed 75 African patients at the Komfo Anokye Teaching Hospital in Ghana. Larger and much more advanced cancer tumors were registered in younger Ghanaian women as compared to American women. Even these women were probably more prone to test negative for all the three markers.

Newman, professor of surgery at the U-M Medical School quoted, “African ancestry might be associated with other links to hereditary predisposition for particular patterns of breast cancer. We hope that by studying breast cancer in African and African-American women we can identify biomarkers that might be useful for assessing risk or treating triple-negative breast cancer.”

The study is published online in the journal Cancer.