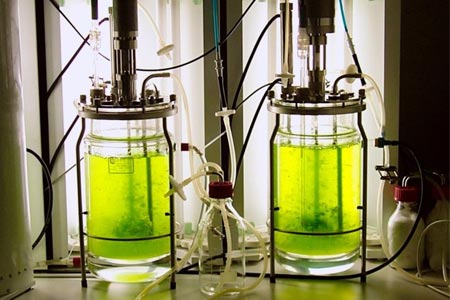 Diabetes is a common ailment across the world and providing efficient yet cost free treatments can be beneficial. Here is a recent research in which investigators claim that the newly developed moss Physcomitrella patens is a safer and economical substitute supplier of drugs to metabolic disorders like diabetes. A human protein has apparently been successfully produced for the first time in a moss bioreactor. This protein seems to be selected as the ‘orphan drug’ status by EU authorities.

Usually the required amount of insulin is provided by bacteria for diabetics. Even genetically engineered proteins may be employed. But more complex proteins have to be combined in more complex organisms. This is possibly true in bioreactors using animal cell lines. The scientists reveal that as age progresses most individuals report decline in the protein which can result in austere outcomes.

“With the complement factor H we have produced a protein in moss that otherwise occurs only in blood and is important for the immune system. Not enough of this protein in older people is the main cause of blindness for 50 million people worldwide. This age-related macular degeneration (AMD) is a problem, particularly in industrialised countries,” highlighted Dr. Eva Decker.

The researchers had employed high-performance mass spectrometers for displaying precise results. It was noted that the human factor H engineered into and produced by moss was a complete protein. Factor H from moss was approved to be fully functional by means of biological analysis.

Ralf Reski, member of the Innovation Think Tank of the governor of Baden-Wuerttemberg said, “It will take a while before medication produced in moss is available in pharmacies. We are further optimising the moss bioreactor using methods from Systems Biology and Synthetic Biology. However, the implementation of clinical studies and the setting up of industrial production is long-winded and expensive; this is the task of industry and not of university research.”

It was mentioned that the moss has not been made available yet. Since the set-up of industrial production required is very expensive, further investigations may be hampered.

The research was supported by the German Federal Ministry of Education and Research (BMBF), the Freiburg Initiative for Systems Biology and the Cluster of Excellence BIOSS.