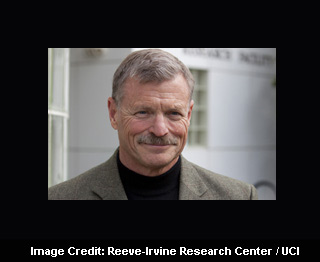 The scientists claim to have successfully turned back the developmental clock in a molecular pathway which appears to be vital for the growth of corticospinal tract nerve connections. Investigators were possibly able to reverse the developmental clock by deleting an enzyme known as PTEN (a phosphatase and tensin homolog). It is believed that PTEN regulates a molecular pathway called mTOR that is a key regulator of cell growth.

Oswald Steward, anatomy and neurobiology professor and director of the Reeve-Irvine Research Center at UCI affirmed, “Until now, such robust nerve regeneration has been impossible in the spinal cord. Paralysis and loss of function from spinal cord injury has been considered untreatable, but our discovery points the way toward a potential therapy to induce regeneration of nerve connections following spinal cord injury in people.”

Although PTEN may be low early during development, it enables cell proliferation. Then PTEN turns on when growth is completed, further inhibiting mTOR and discontinuing any capacity to regenerate. Scientists are currently aiming to ascertain a way of restoring early-developmental-stage cell growth in injured tissue. Previously blocking PTEN in mice was assumed to allow regeneration of connections from the eye to the brain after optic nerve damage. In the latest research, experts aimed to figure out if the same approach can influence nerve regeneration in injured spinal cord sites.

Steward commented, “These devastating consequences occur even though the spinal cord below the level of injury is intact. All these lost functions could be restored if we could find a way to regenerate the connections that were damaged.”

Data provided by Christopher and Dana Reeve Foundation claims that approximately 2 percent Americans have some form of paralysis due to spinal cord injury. It was enlightened that spinal cord injury often results in paralysis because of the interruption of connections between the brain and spinal cord. Even an injury which is as small as a grape in size apparently leads to complete loss of function below the level of injury.

So an injury to the neck can possibly result in paralysis of arms and legs, loss of ability to feel below the shoulders, inability to control the bladder and bowel, loss of sexual function. Also secondary health risks like susceptibility to urinary tract infections, pressure sores and blood clots may appear because of an inability to move the legs. Further investigations will be conducted to determine if PTEN-deletion treatment can cause actual restoration of motor function in mice with spinal cord injury. Even the optimal timeframe and drug-delivery system for the therapy will be examined.

The research is published online in Nature Neuroscience.