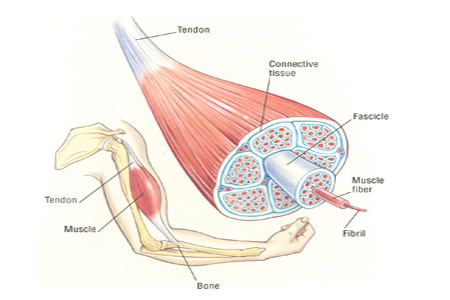 Facioscapulohumeral muscular dystrophy (FSHD) is claimed to be one of the most common forms of muscular dystrophy. This disease may not be life-threatening, but triggers problems with chewing and speaking. Investigators have apparently discovered the DUX4 gene that results in FSHD.

In a prior research, it was affirmed that FSHD is linked with a shortened DNA sequence located on chromosome 4. But a later investigation claimed that the shortened DNA sequence on chromosome 4 is not enough to trigger FSHD. These discoveries contradicted each other and researchers were supposedly unable to gauge the actual cause of this disease. In the current investigation, scientists introduced a model for clarifying these previous findings.

John Porter, Ph.D., a program director at NIH’s National Institute of Neurological Disorders and Stroke (NINDS) commented, “This study presents a model of the disease that ties together many complex findings, and will allow researchers to test new theories and potential new treatments.”

A group of repetitive DNA known as tandem repeat array was discovered by the experts at one end of chromosome 4. In healthy individuals around 10-100 repeating units of DNA may be present. But in most FSHD patients less that 10 repeats can be apparently found. Each repeating unit seemingly consists of a gene termed as DUX4. In FSHD patients this gene is assumed to develop a piece of RNA that is toxic to muscle cells.

RNA which is considered as a sister molecule to DNA apparently performs many important functions. The durability of DUX4 RNA is believed to be affected by the variations on chromosome 4. The chromosome variations in FSHD patients may include a trailing segment to the RNA known as poly(A) tail. When this RNA is attached it seemingly becomes more stable and more likely to cause damage.

Dr. Tapscott enlightened, “This study provides evidence that DUX4 RNA is likely a key part of the disease process in FSH muscular dystrophy, and justifies further investigation of its role and how to silence its effects.”

The researchers created artificial DNA constructs that consisted of short repeat array, in combination with different variations on chromosome 4. These constructs were then inserted into muscle cells. The experts analyzed the way chromosome 4 variations affect the level of DUX4 RNA. Various FSHD families were also scrutinized along with novel chromosome rearrangements. It was observed that all families with FSHD had chromosome 4 sequences encoding the poly(A) tail. The investigators undertook other experiments which affirmed the presence of DUX4 RNA in muscle cells from FSHD individuals only. This RNA was supposedly missing in cells from unaffected individuals.

The research was published in the journal Science.