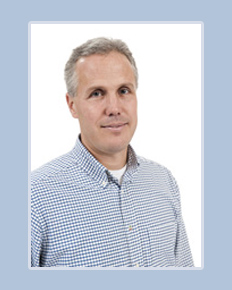 It is assumed that if heart attack patients are treated with hypothermia the amount of heart damage is declined by more than one third after balloon angioplasty. A slight alteration may further boost the performance of this treatment. Sweden scientists revealed that the amount of heart damage in heart attack patients with body temperature lower than 35˚C (95˚F) is decreased by more than one third after being treated with balloon angioplasty to open clogged heart vessel.

Body temperature of the patients can apparently be reduced by infusing cold salt water through a vein in the arm into the body. Simultaneously, a cooling catheter can be inserted through a vein in the groin. Patients with an acute myocardial infarction are probably at an immediate risk for a major part of the heart muscle to succumb. It may further result in the development of heart failure and early death.

“We as cardiologists have been very good at opening the occluded blood vessel but not at protecting the heart muscle itself. This new treatment gives hope of great benefit for patients with acute myocardial infarction,” quoted David Erlinge, Professor of Cardiology at Lund University, Sweden.

The investigators employed on a technique for quickly and safely cooling the patient to below 35˚C prior to opening the occluded vessel with balloon angioplasty. At the time of the treatment, the patient remains awake and is cooled from the inside. So the heart is cooled much quicker than if attempted from the outside with cooling pads or blankets. Though the patient is subjected to a little discomfort, he or she can be warmed from the outside simply with a warm blanket.

The newly highlighted method is claimed to not only decline the amount of heart damage, but also decreases the biomarkers for cardiac injury. It was mentioned that reduction in biomarkers was observed in the blood samples. During the experiment, authors did not notice any elevation in side effects in the patients who were cooled. A larger study called CHILL-MI is now being triggered by the investigators.

The study was published in the scientific journal Circulation-Cardiovascular Intervention.

Stem cell breakthrough made by scientists