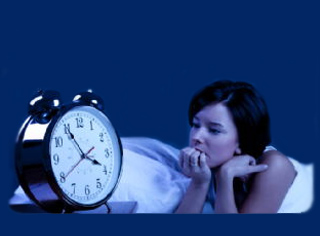 Type 2 diabetes is known to be a chronic disease marked by high levels of sugar in the blood. Experts from the University of Warwick and the State University of New York at Buffalo highlight that people who sleep less than six hours a night may be three times more likely to develop a condition which may cause diabetes and heart disease.

Investigators identified that short sleep duration is apparently linked with an augmented risk of a pre-diabetic state. This state is known as incident-impaired fasting glycaemia (IFG).

Lead author at Warwick Medical School Dr Saverio Stranges, commented, “We found that short sleep, less than six hours, was associated with a significant, three-fold increased likelihood of developing IFG, compared to people who got an average of six to eight hours sleep a night.”

IFG seemingly indicates that the body does not have the ability to regulate glucose as competently as it should. People with IFG may have an enhanced risk of developing type 2 diabetes and are seemingly at an increased risk of heart disease and stroke. Experts evaluated previous six years of data collected from around 1,455 participants in the Western New York Health Study.

Dr Saverio elucidated, “Previous studies have shown that short sleep duration results in a 28% increase in mean levels of the appetite stimulating hormone ghrelin so it can affect feeding behaviours. Other studies have also shown that a lack of sleep can decrease glucose tolerance and increases the production of cortisol, a hormone produced in response to stress. More research is needed but our study does suggest a very strong correlation between lack of sleep and type 2 diabetes and heart disease.”

All participants enlisted for the analysis were aged between 35 and 79 years. These individuals completed a clinical examination that included measures of resting blood pressure, height and weight. Besides, they completed questionnaires about their general health and well-being and sleeping patterns.

Professor Francesco Cappuccio, Head of the Sleep, Health & Society Programme at the University of Warwick, quoted, “These results are welcome and confirm our early reports that both sleep quantity and quality are strong predictors of the development of type 2 diabetes, strokes and heart attacks.”

This study claims to be the first to highlight the relation between sleep duration and IFG. Investigators revealed that there were several ways in which sleep loss may lead to disordered glucose metabolism.

These findings were published in the Annals of Epidemiology journal.