An epidemic is said to occur when large populations of an area or a country are affected with the same disease condition like hypertension, diabetes, HIV etc. Any infectious disease has the capable of turning into an epidemic, especially those that are transmitted by vectors like flies, mosquitoes, rats among others. In a tropical country like India, thanks to the warm climate, heavy rains, water logging, largely unmonitored population and poor sanitation, it is even easier. Malaria is said to have been unfurled by Sir Ronald Ross way back in 1897 in Kolkata. He showed the role of the female Anopheles mosquitoes in spreading the malarial parasite from person to person via a bite. Over a century later, the problem of malaria in the country is still the same and if anything, it has only worsened. 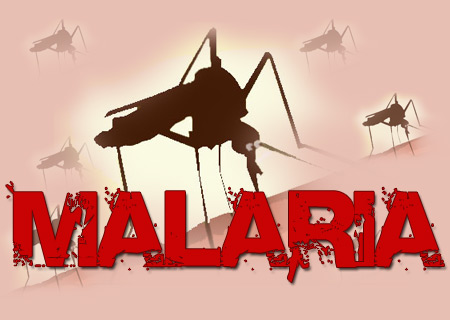 India is one of the countries like Africa where malaria and dengue are endemic. This means that the malarial parasite and dengue virus are always present and persistent in high numbers in the population at any time of the year. This implies that as aforesaid, the conditions in the country are very conducive to the viability of these infectious agents and if not kept under control have the potential to allow these diseases to turn into a full blown epidemic. Statistics say that 2/3 rd of all cases are reported from Punjab, Orissa, Uttar Pradesh, Madhya Pradesh, Karnataka and Gujarat. Maharashtra, Orissa and Assam account for 80% of the lethal plasmodium falciparum cases which are potentially fatal. It is reported nationwide except at elevations above 1800 meters like Jammu and Kashmir, Sikkim, and Himachal Pradesh. Few coastal areas, Andaman and Nicobar islands are spared too.

As soon as monsoon starts in mid-June cases of malaria and dengue start floating up. Kerala that has been declared to be a malaria-free zone for many years now reportedly had an outbreak in June this year. Karnataka had an eruption in April 2010. This year, 9000 cases were reported in July in Mumbai alone chiefly from areas where a large number of construction projects are underway. With more than a 1000 cases and three deaths of dengue reported due to the heavy construction work ongoing at the venue of the Commonwealth Games 2010, Delhi, it seems that no corner of the country is being spared by these agents of death. Malaria and dengue definitely seem to be turning into a un-afore-seen epidemic.

Factors that cause malaria epidemics can be studied under two headings-natural like natural disasters and climatic variations and man-made like water-logging, mining, agricultural projects, construction, wars etc. Natural disasters cannot be predicted but climatic variations like heavy monsoons are a norm in our country and require pre-mediated measures to control its effects. Man-made activities which add to the burden of dengue and malaria in the country are the major cause for the disease spiraling out of control. All beds in major cities are choked to full and even isolation wards are packed. Extra tents have been put outside municipal hospitals to accommodate the burgeoning number of non-affording patients who carry these parasites.

As malaria tends to occur in populations not previously exposed to the parasite, local health authorities cannot predict and make enough resources available to combat the disease. Thus when the measures are taken they are often too late and not enough to control the already heavy load of parasites in the population. Also due to high social mobility it quickly spreads to surrounding areas with the same disastrous effects. Thus protection and prevention are the only ways to combat malaria as rightly stated by International Red Cross Foundation on World Malaria Day 25th April, 2010.

As yet no malaria vaccine has yet been found to be publicly usable. Thus protection must be done on war-footing. Protection can be done on a large scale as well as individual basis. In the community, maintenance of good hygiene and sanitation are the key. Water logging must be avoided at all costs as they are the key breeding grounds of the vectors. Construction site workers must be given prophylactic treatment. Open dumping grounds, dustbins etc must be immediately taken care of. Areas of endemicity must be well-monitored as regards the parasite index and as soon as monsoon starts prophylactic treatment must be administered to age groups of low immunity.

On a personal scale, full sleeved clothing should be worn especially while venturing outdoors. Meshes, nets and mosquito screens can be used to cover windows, doors, beds. Potted plants should be avoided indoors as they breed mosquitoes. Waste and sullage should be discarded well to avoid accumulation and become potential breeding grounds. Mosquito repellents may be applied with doubtful efficacy. Prophylactic treatment may be taken by children under 5 years of age and elderly if there are cases in the family. Health should be maintained by good nutrition and sanitation.

All these measures if taken at the right time and in adequate amount may divert an oncoming onslaught. But most importantly, lessons of the past must not be forgotten and a planned and integrated approach should be taken by the government and other health authorities to avert future epidemics while also curtailing and eradicating the state of endemicity in India.