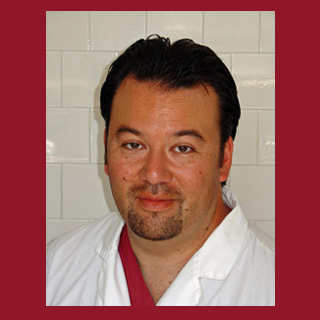 Due to advancement in minimally invasive surgery access to brain via skull may now be avoided. Surgeons at the University of California, San Diego, School of Medicine and University of Washington Medical Center claim that transorbital neuroendoscopic surgery (TONES) is a safe and effective option for treating various advanced brain diseases and traumatic injuries. By employing TONES, surgery can be seemingly performed through the eye socket.

In order to achieve easy access, surgeons have to make a small incision behind or through the eyelid. Then a small hole has to be made through the paper-thin bone of eye socket for reaching the brain. This pathway seems to be a better alternative than lifting the brain. Experts claim that TONES ensures protection of optic nerves, the nerves for smell, as well as the carotid and ophthalmic arteries.

“By performing surgery through the eye socket, we eliminate the need for a full craniotomy, gain equivalent or better access to the front of the brain, and eliminate the large ear-to-ear scar associated with major brain surgery. This novel technique is also critical to protecting neurovascular structures such as the optic and olfactory nerves,” highlights Chris Bergeron, MD, assistant professor of Surgery, Division of Head and Neck Surgery, at UC San Diego Health System.

During the transnasal surgery access to the brain is achieved via nose, but the operating environment appears to be more crowded for the surgeon as compared to TONES. It was noted that the fundamental technique of TONES is based on the nasal approach itself. But supposedly provides better maneuverability and visibility for the surgical teams which usually require four sets of hands. Unlike the traditional craniotomy, employment of TONES may need removing only a two to three centimeter area of the bone.

Kris Moe, MD, chief of the Division of Facial Plastic and Reconstructive Surgery and professor of Otolaryngology at University of Washington Medical Center study investigator, shared, “This approach has opened a new field of brain surgery. The advantages to this transorbital approach are many, including reduced pain and decreased recovery time for the patient.”

As there is no need for the skull to be repaired and no long incision has been made, the operating time seemingly becomes much shorter. TONES was suggested to patients who required to repair cerebral spinal fluid leaks, optic nerve decompression, cranial base fractures and remove tumors. Further investigations will be carried out to determine if TONES is beneficial for treating pituitary tumors, meningiomas, and vascular malformations also.

The research was published in the September issue of Neurosurgery.

Decline in ability to taste iron may impact health of older...