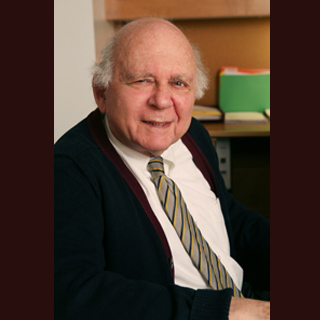 The protein hormone leptin is known to be vital for controlling body weight, metabolism and reproductive function. Investigators from the UT Southwestern Medical Center are apparently aiming to add the hormone leptin in standard insulin therapy for regulating the tumultuous blood-sugar levels of people with type 1 diabetes. In the current study, metreleptin a little modified form of the hormone was put to use by the researchers.

Scientists have designed the phase 1 study to analyze safety and tolerability of leptin inclusion in the diabetes treatment regimen. Pancreatic beta cells are possibly destroyed by an autoimmune process in type 1 diabetes. It is known that these cells produce insulin in the body. Regular diet and intake of insulin many times a day are assumed to regulate blood-sugar levels and restrict diabetic coma. Insulin apparently aids in preventing the hormone glucagon which is produced by pancreas and elevates blood-sugar levels in healthy individuals.

Dr. Abhimanyu Garg, professor of internal medicine and principal investigator of the trial, shared, “Leptin has been very effective in improving diabetes in patients with lipodystrophies who have extreme lack of body fat, and recently leptin therapy has helped improve blood sugar control in animal models of type 1 diabetes. Although we have no assurances that this will work in humans, we hope that the addition of leptin will be beneficial to patients with type 1 diabetes.”

Investigators carried out experiments on mouse models of type 1 diabetes. It was noted that leptin was better than insulin for managing blood-sugar variability and lipogenesis, the conversion of simple sugars into fatty acids. 12 to 15 volunteers will be given standard insulin therapy along with leptin twice a day for over a five-month period. The clinical trial will continue for seven months and comprise 11 visits. The initial visit will be undertaken for screening, four for inpatient and six outpatient evaluations.

Dr. Unger said, “If it works in humans as well as it does in rodents, it will be a major step forward. In rodents, it eliminated the wide swings in glucose that occur with insulin alone and lowered indices of cholesterol formation. The hope is that it will improve both short- and long-term quality of life for patients with type 1 diabetes.”

While the first inpatient visit will probably last for four days, others will take two days each. The study will be triggered on type 1 diabetics aged between 18 and 50 years with a BMI less than 25. Presumably, leptin declines appetite and blood levels of cholesterol. Increased cholesterol may heighten risk of coronary heart disease. It is suspected that leptin creates a reduction in insulin dose and lowers chances of low blood glucose levels.