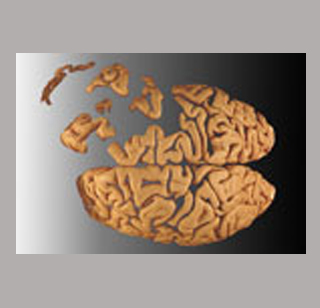 Memory loss faced by older people can now be possibly improved, thanks to the following discovery. Scientists from the University of Edinburgh have found a compound that supposedly boosts memory and cognitive function in ageing mice. The findings can help develop a medication for reducing the natural decline in memory linked with ageing.

Older people often report absent mindedness, difficulty to concentrate, longer time spent in trying to recall a person’s name and inability to remember where the car keys are. Though these signs are generally regarded as a natural part of the ageing process, sometimes they could be indicating the onset of dementia. Apparently, such memory loss is associated with greater levels of ‘stress’ steroid hormones termed as glucocorticoids. These hormones are believed to hamper a part of the brain which helps to remember. Experts assume that the enzyme 11beta-HSD1 is a hallmark in developing glucocorticoids. This enzyme seems to be more active in the brain during ageing.

Professor Jonathan Seckl from the University of Edinburgh, explained, “Normal old mice often have marked deficits in learning and memory just like some elderly people. We found that life-long partial deficiency of 11beta-HSD1 prevented memory decline with ageing. But we were very surprised to find that the blocking compound works quickly over a few days to improve memory in old mice suggesting it might be a good treatment for the already elderly.”

While conducting the research, investigators analyzed the effects of a novel synthetic compound that blocks 11beta-HSD1 on the ability of mice to complete a memory task, known as the Y maze. Having observed the result of this treatment after ten days, it was concluded that the utilized class of drugs may help treat age-related decline in memory. Additional investigations will be carried out for ascertaining the compound as safe for employment in clinical trials.