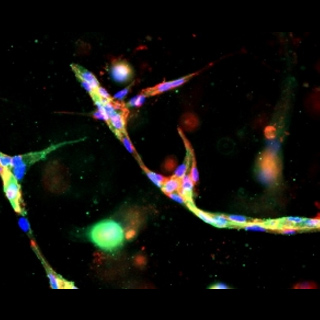 The following discovery may stir an air of excitement in cancer investigations. Researchers from the University of East Anglia have apparently made a major breakthrough in the way anti-cancer drugs are tested. It is known that tumor cannot grow to a large size or spread till it has developed its own blood supply. Investigations have been conducted to block capillary formation, but scientists were probably not studying exactly what they thought they were.

In the present research, experts demonstrated that cells are capable of switching their genetic profile by turning off genes expressed through blood vessel cells and turning on genes specific to lymphatic cells. Since this ‘switch’ has probably not known before, experiments concentrated on scrutinizing blood vessel cells may be actually conducted on lymphatic cells. Scientists employed human vein cells in experiments for forming capillaries when cultured in various environments similar to the body. Capillaries are known as the smallest of the body’s blood vessels.

Two separate circulatory networks called as the blood and lymphatic vasculature are believed to make up the human vascular system. Though structurally similar, blood vessels and lymphatic vessels may have very different roles, and are made up of two distinct cell types. When vein cells formed tube structures, they were possibly able to ‘switch’ their genetic profile, turning off genes expressed by blood vessel cells, and turning on genes specific to lymphatic vessels. This change can be reversed and appears to be dependent on the particular environment they are cultured in. Dr. Lin Cooley, the lead investigator and colleagues claim that identities are altered in response to the cell’s environment, and not on being specified by signals during early embryonic development.

The research is published online in the Journal of Cell Science.