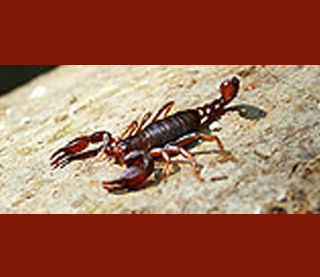 Scorpion venom may be extremely beneficial in the health zone. Known to improve treatment of brain cancer, the venom also helps patients with cystic fibrosis. A groundbreaking research led by the University of Leeds asserts that venom of the Central American bark scorpion (Centruroides margaritatus) is a hallmark in decreasing heart bypass failures.

The scorpion’s toxins, margatoxin seems to be almost 100 times more capable of avoiding neointimal hyperplasia, than any other known compound. It was enlightened that neointimal hyperplasia is the most common cause of bypass graft failure. Known to be the blood vessel’s response to injury, hyperplasia presumably causes the growth of new cells, leading to chronic obstruction on the inside of the vessel. Researchers assume that once a vein is grafted onto the heart during a bypass procedure, the injury response kicks in because the vein tries to adapt the new environment and different circulatory pressures.

Professor Beech from the University’s Faculty of Biological Sciences and the lead investigator, added, “We knew from experimental research in immunology that the ion channel Kv1.3 is involved in activating immune system responses and that it’s linked with chronic inflammation problems in the immune system, such as those you see with multiple sclerosis. Since our own studies had identified Kv1.3’s presence in injured blood vessels, which are also often complicated by chronic inflammation, we wanted to see if the same immune system blockers would inhibit neointimal hyperplasia. There were a number of good blockers of this ion channel available to screen. Several compounds are developed from plants, and one comes from scorpion venom but margatoxin was the most potent of all these compounds by a significant margin.”

In the process of new cell growth, the vein may be strengthened and the internal cell growth prevents blood flow. This process seemingly gives rise to failure of graft. Efficiency of the margatoxin in curbing the injury response mechanism probably requires very less molecules for acquiring an effect. The toxin supposedly restricts the activity of a specific potassium ion channel, which is a pore in the cell membrane known to open and close in response to electrical signals. It seems to be indirectly improving delivery of an intracellular messenger, the calcium ion. It was noted that margatoxin cannot be used as a drug for swallowing, inhaling or injecting, but can be possibly adopted as a spray-on treatment to the vein itself once it has been excluded and is waiting to be grafted onto the heart.

The research is published online in Cardiovascular Research.