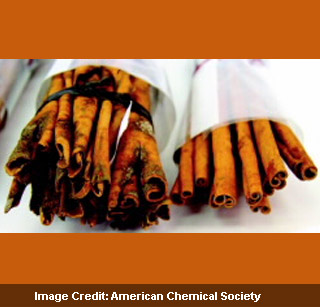 Coumarin found in bark of cassia cinnamon from Indonesian trees seems to be harmful to certain individuals. According to a recent research, coumarin in cassia cinnamon elevates risk of liver damage in sensitive people consuming this spice in excess. Cinnamon obtained from the bark of trees available as solid sticks and powder vary in two different types known as Ceylon cinnamon and cassia cinnamon.

While Ceylon grows in Sri Lanka the Seychelles, and Madagascar, Cassia comes from China and Indonesia. Both the forms of cinnamon apparently contain coumarin. High intake of coumarin may result in liver damage among a small number of sensitive people. The research was commenced on 91 cinnamon samples purchased from stores in Germany. It was noted that coumarin levels presumably differ widely among different bark samples of Cassia cinnamon. Cassia bark samples of five trees from Indonesia were evaluated and a huge variation among samples collected from a single tree appeared. Researchers conclude that while Cassia cinnamon has the highest levels of coumarin, Ceylon had the lowest levels.

The research is published in ACS’ bi-weekly Journal of Agricultural and Food Chemistry.