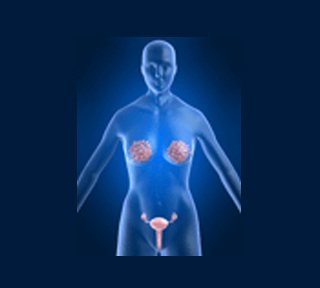 Ovarian cancer is the fifth most common cancer among women in the UK and around 15 percent presumably are inherited ovarian cancer. Researchers have apparently figured out a new test to identify ovarian cancer patients that will benefit from the PARP inhibitors. These medications possibly benefit women with inherited forms of breast and ovarian cancer due to faults in the BRCA gene.

If the newly developed test RAD51 assay is to be believed then, 60 percent ovarian cancer patients can be subjected to PARP inhibitors. During this test tumor samples taken from ovarian cancer patients after surgery are scrutinized. While the cancer cells are scanned, tumor samples consisting of defective DNA repair can probably be distinguished. This defective DNA repair can possibly be targeted by the PARP inhibitor. These drugs analyze PF-01367338 also known as AG-14699, and may selectively hinder the spread of tumor cells with low RAD51 expression.

“Our results show that this new test is almost 100 percent effective in identifying which ovarian cancer patients could benefit from these promising new drugs. We have only been able to carry out this work because of the great team we have here which includes both doctors and scientists,” explained Dr. Asima Mukhopadhyay.

Researchers examined the ability of this test on tumor samples in the laboratory and hope to refine it for use in patients. Once successful, the test can be implemented directly for patients in a personalized and targeted way based on individual tumor. It is anticipated that PARP inhibitors will be beneficial for various other cancers too.

The research was presented at the National Cancer Research Institute Cancer Conference in Liverpool.