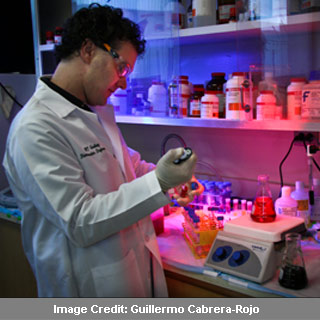 Amidst the clamor of suggesting appropriate ways to fight cancer, a novel way for battling the disease seems to have come into the forefront. W T. Godbey, Tulane University researcher and an associate professor of chemical and biomolecular engineering has developed a treatment for cancer in which cancer cells are probably forced to self-destruction while sparing surrounding healthy cells. The method has reportedly shown positive results in animal models and will be tested on human after two to three years.

In this method, a gene from cancer cell extracting the current DNA message is taken and replaced with a code. This code allegedly instructs the cell to kill itself and tricks it into self-destruction. When the cell expresses a gene it supposedly fails to act at the message and identifies the promoter. Then it seemingly transcribes the message to express key proteins that cause self-destruction.

It is believed that only cancer cells can bind with this promoter and not normal healthy cells. The treatment was experimented on mice with several carcinomas and positive results appeared. This gene therapy may be successful for killing bladder cancer too.

The research is published in the journal Cancer Gene Therapy.