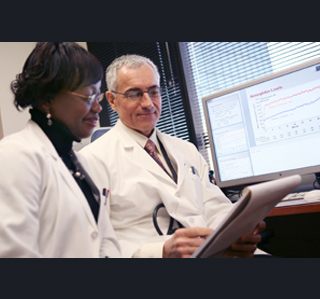 The health world recently stumbled upon an astonishing way to gauge the risk of heart disease or death among patients with diabetes, kidney disease and anemia. Experts from the UT Southwestern Medical Center claim that low response to an anti-anemia drug anticipates a higher threat of cardiovascular events or death. It was suggested that testing patients’ responsiveness to the drug and keeping blood iron levels a little low can probably lower this risk.

The Trial to Reduce Cardiovascular Events with Aranesp Therapy (TREAT) was a double-blinded experiment that compared patients with type 2 diabetes, anemia and kidney damage to a control group. From a total of 4,038 diagnosed with type 2 diabetes, anemia and kidney damage, while 1,872 were provided with injections of the drug, 1,889 received placebo injections. Those treated with periodic subcutaneous injections of the drug allegedly had elevating levels of hemoglobin. In case participants from the control group reported a dangerous drop of the hemoglobin level, authors subjected them to rescue therapy with darbepoetin till hemoglobin returned to a level above 9 g/dl.

It was affirmed that darbepoetin alpha boosts cardiovascular and kidney outcomes, but fails to decline chances of blood transfusion. This treatment may pave way for modest improvement in patient-reported outcomes among patients with diabetes, kidney disease and anemia. Those provided with darbepoetin alpha reported a twofold higher risk for stroke along with a greater number of cancer deaths. Darbepoetin alpha is known as a class of anti-anemia drugs imitating erythropoietin, the body’s natural hormone that stimulates production of red blood cells.

Dr. Robert Toto, professor of internal medicine and clinical sciences and a senior author of the study, and colleagues then segregated the subjects into two groups, namely those with increased hemoglobin levels in response to early doses of darbepoetin alpha, and the ones whose bodies responded less strongly, with hemoglobin level staying low. Patients registering poor responses to the drug in the early stages apparently had a higher rate of death, heart attack, stroke or heart failure.