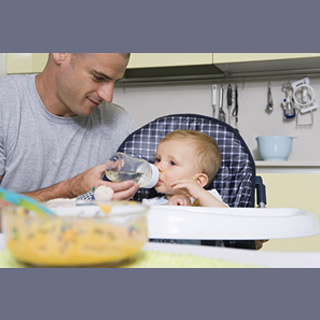 Some premature infants who require prolonged ventilation or oxygen therapy after birth may develop broncho – pulmonary dysplasia (BPD), a severe lung disease. According to a study initiated by the University of Michigan, providing proper nutrition for BPD babies can boost lung function. Premature infants with BPD probably suffer from asthma in later life.

In order to conduct the study, experts analyzed 18 infants with a history of moderate to severe BPD. It was noted that those with above-average weight gain between evaluations possibly have better lung volumes. Within a year, slight improvement in average airflows and lung volumes of study subjects was registered. Even though nine premature babies were unable to catch up to full-term babies, their above-average weight gain over time allegedly showed greater improvement. It was asserted that lung functions including forced vital capacity and total lung capacity is enhanced in infants with above-average body growth.

“Consistent with animal studies that show the harmful effects of malnutrition on lung development, we showed improvements in lung function, such as forced vital capacity and total lung capacity, in infants with above-average body growth,” said Amy G. Filbrun, M.D., M.S., assistant professor of pediatrics and communicable diseases, lead author of the study.

Previous investigations have declared that lung function in babies with BPD improves over time as the lung continues to grow. However, in the current analysis it was pointed out that nutrition boosts lung growth. At the time of the study, a technique called raised volume rapid thoracoabdominal compression (RVRTC) was used. This technique supposedly measures airway function all through the full range of lung volumes. It was concluded that improved nutrition enhances airway function and long-term respiratory health in preterm infants.

The study appears online and will be published in the upcoming edition of the journal Pediatric Pulmonology.