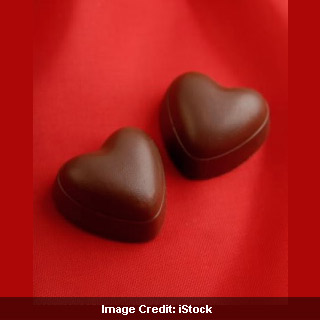 February known as the heart month in the health-space seems to have stored some good news for all chocoholics. A latest research suggests that chocolate improves the body’s production of high-density lipoprotein cholesterol (HDL) and also guards against heart disease. Polyphenols in chocolate are believed to boost the activity of certain proteins, including those attached to the genetic material DNA in ways that enhance HDL levels.

Previously the medical terrain came across an investigation which claimed that dark chocolates lower the risk of heart disease. To further support this belief, scientists pointed out that cocoa improves levels of HDL and reduces levels of low-density lipoprotein (LDL). Dark chocolates apparently have an abundant amount of antioxidant compounds in cocoa termed as polyphenols. During the investigation, researchers thoroughly assessed the effects of cocoa polyphenols on cholesterol with the help of human liver and intestinal cells in cultures.

Midori Natsume, Ph.D., and colleagues aimed to highlight the effect of chocolate on the production of apolipoprotein A1 (ApoA1) and apolipoprotein B (ApoB). While ApoA1 is known as a protein that appears as the major component of HDL, ApoB acts like the main component of LDL. Cocoa polyphenols supposedly elevated ApoA1 levels and diminished ApoB levels in the liver as well as the intestine. The polyphenols were probably able to boost the activity of so-called sterol regulatory element binding proteins (SREBPs). It was concluded that polyphenols raise the activity of LDL receptors, proteins that help lower bad cholesterol levels.

The research is published in the Journal of Agricultural and Food Chemistry.