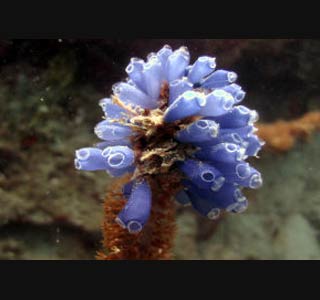 The minute whiskers of certain sea creatures seem to play a pivotal role in the health-space. According to researchers from the University of Manchester, tiny whiskers of nanoscale dimensions from tunicates, commonly known as sea squirts, can aid in creating human muscle tissue. The cellulose from these sea creatures apparently influences the behavior of skeletal muscle cells in the laboratory.

Such nanostructures appear thousand times smaller than muscle cells and are the smallest physical feature found to cause cell alignment. Alignment may be important as many tissues in the body, including muscle, contain aligned fibers for strength and stiffness. Cellulose probably is a polysaccharide detected in plants and the main ingredient of paper as well as certain textiles like cotton. It is reportedly employed for several medical applications, such as wound dressings.

“Cellulose is being looked at very closely around the world because of its unique properties, and because it is a renewable resource, but this is the first time that it has been used for skeletal muscle tissue engineering applications. There is potential for muscle precision engineering, but also for other architecturally aligned structures such as ligaments and nerves,” added Dr Stephen Eichhorn, from the University of Manchester.

Cellulose from tunicates that grow on rocks and man-made structures in coastal waters can be purportedly removed for making muscle tissue as it has unique properties. In the current research, the cellulose was chemically extracted in the form of nanowhiskers. It was mentioned that one nanometre is one billionth of a metre and these minute whiskers are only 10s of nanometres wide which is very much thinner than a human hair.

Once cellulose is aligned and parallel to each other, they seemingly cause rapid muscle cell alignment and fusion. This method appears not only simple, but also time-saving. It apparently empowers physicians and scientists to generate normal aligned architecture of skeletal muscle tissue. The tissue may be put to use for repairing existing muscle or even grow muscle from scratch. Artificial tissue can be created to possibly replace damaged or diseased human muscles.

The research findings supposedly have great significance in the medical terrain.