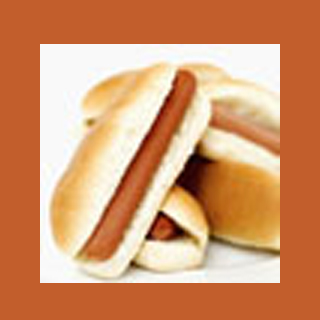 At the time of the investigation, experts aimed to analyze the levels of heterocyclic amines or HCAs in ready-to-eat meat products. These carcinogenic compounds may be generally found in meat that is fried, grilled or cooked at high temperatures. Individuals who consume large amounts of HCAs in meat products allegedly have a heightened threat of stomach, colon and breast cancers. Ready-to-eat meat products are meat or poultry products that come in edible forms and don’t need additional preparation or cooking.

Eight types of ready-to-eat meat products such as beef hot dogs, beef-pork-turkey hot dogs, deli roast beef, deli ham, deli turkey, fully cooked bacon, pepperoni and rotisserie chicken were examined. These seem to be the most common types of ready-to-eat products that have been consumed in large quantities by people worldwide. During the research, scientists heated up the hot dogs and bacon in a microwave, cooked the pepperoni on a pizza either in the oven or a microwave and used the chicken and deli meat as obtained. Then the cooked meat was thoroughly evaluated for five different types of HCAs according to nanograms per gram.

Pepperoni reportedly had only 0.05 ng/g of HCA content, which was the least quantity. This was followed by hot dogs and deli meat. Since the amounts appeared low, consuming such ready-to-eat meat products contribute very little to HCA intake. The fully cooked bacon, with 1.1 ng/g, and rotisserie chicken meat, with 1.9 ng/g, contained all five types of HCAs tested. Rotisserie chicken skin presumably had significantly higher HCA levels, with 16.3 ng/g. Probably because chicken skin contains more fat and protein with less moisture, and HCA levels tend to increase as moisture decreases.

J. Scott Smith, professor of food chemistry, and colleagues believe that HCA consumption can be reduced by not eating chicken skin. Ready-to-eat products possibly have higher water content and therefore, contain less HCA. More moisture apparently restricts many HCAs from forming. Hot dogs and deli meat seemingly have low HCA levels as they are manufactured at low temperatures. The low HCA levels may be from ingredients that are added to the meat and prevent HCAs from forming while the meat is cooking.

The research is published in a recent issue of Meat Science, the journal of the American Meat Science Association.