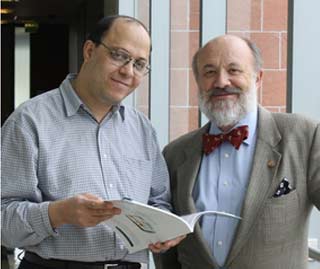 The accurate functioning of lung epithelium is highly imperative. Cellular polarity of lung epithelial cells, signifying that they have an asymmetrical orientation or a front and rear, is supposedly important. Experts at The Saban Research Institute of Children’s Hospital Los Angeles have highlighted the initial indication that Eya1 protein phosphatase is a crucial regulator for the growth of embryonic lung epithelial stem cells.

Dysregulation of cell polarity has been supposedly linked with developmental disorders and cancer. Scientists share that there are minimal details associated with the mechanism that manages cell polarity, cell fate and self-renewal of embryonic lung epithelial stem cells.

“We know that loss of polarity in pulmonary epithelial cells is associated with lung cancer and chronic obstructive pulmonary disease. Knowing that Eya1 regulates polarity, we now have another target for intervening in those disease processes,” commented Dr. David Warburton, MD, director of Developmental Biology and Regenerative Medicine at The Saban Research Institute.

Investigators have identified that a protein phosphatase known as Eya1 administers cell polarity, cell fate and self-renewal within the mouse embryonic lung epithelial stem cells. In addition, experts claim to have come up with the first evidence that these stem cells are polarized with characteristic perpendicular cell divisions.

“Identification of Eya1 mechanisms of regulating cell polarity, cell fate and self-renewal, will help to harness the regenerative potential of lung stem cells, and to identify novel targets for the prevention or rescue therapy of fatal lung disease, and for lung regeneration. This will also help to develop stem cell-based therapy to treat patients with lung diseases”, remarked Ahmed El-Hashash, PhD. “Solutions to the problems concerning regeneration of lung tissue for restoration of functional alveoli are at the cutting edge of identifying novel therapeutic options for lung diseases like COPD and fibrosis.”

In vivo and in vitro experiments underlined that intervening with Eya1 phosphatase function caused defective epithelial cell polarity and mitotic spindle orientation. It also showed that disrupted Numb, a cell fate determinant along with inactivated Notch signaling helped establish Eya1 as an important regulator in the development of embryonic lung stem cells.

This study will be published in the forthcoming issue of Development.