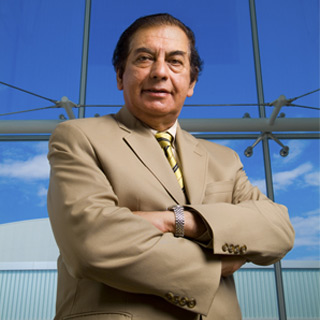 A low dose of insulin seems to have great significance for individuals diagnosed with Alzheimer’s disease. According to endocrinologists from the University at Buffalo, low dose of insulin can suppress the expression of four precursor proteins involved in the pathogenesis of Alzheimer’s disease. It is predicted that insulin plays a powerful role in tackling the illness.

While conducted the study, 10 obese, type 2 diabetic patients were infused with two 100 ml units of insulin per hour over a period of four hours. All the participants were taking oral drugs to treat their diabetes and none of them were on insulin or any antioxidant or nonsteroidal anti-inflammatory drugs. Authors provided the control group with 5 percent dextrose per hour or normal saline solution. The low-dose insulin was purportedly able to curb the expression of amyloid precursor protein, from which beta amyloid is derived.

“Our data show, for the first time, that the peripheral mononuclear cells express some of the key proteins involved in the pathogenesis of Alzheimer’s disease. They demonstrate that these cells can be used for investigating the effect of potential Alzheimer’s disease therapies on key proteins involved in the disease. Even more importantly, it is likely that insulin has a direct cellular effect on these precursor proteins while also exerting its other anti-inflammatory actions. If this effect of insulin proves, in larger studies, to be systemic, then insulin may well be a potential therapeutic agent in treating Alzheimer’s disease. The challenge is to deliver insulin directly into the brain, thus avoiding its hypoglycemic effect,” said Paresh Dandona, MD, PhD, UB distinguished professor of medicine in the School of Medicine and Biomedical Sciences and senior author on the study.

The low-dose insulin supposedly suppressed presenilin-1 and presenilin-2, the two subunits of an enzyme as well. These subunits are believed to convert amyloid precursor protein into beta amyloid, which forms the amyloid plaques. Even glycogen synthase kinase that phosphorylates or adds on another phosphate group was curbed. Intranasal delivery of insulin can purportedly improve cognitive function in Alzheimer’s disease patients. In conclusion, it was asserted that insulin can be developed as a therapeutic agent for Alzheimer’s.

The study was published on March online in the Journal of Clinical Endocrinology and Metabolism.