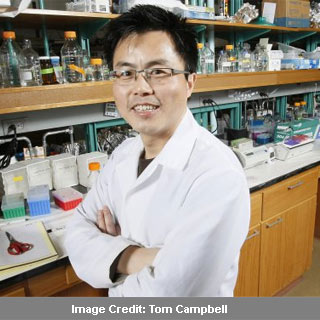 The application of nanotechnology to health has apparently gained tremendous importance for better understanding numerous diseases and sickness. On that note, Purdue University biochemist, W. Andy Tao, who is an associate professor of biochemistry analytical chemistry, has now developed a nanopolymer that can be coated with drugs, enter cells and then removed to determine which proteins in the cells the drug has entered. As they appear water-soluble, the nanopolymers can offer a better delivery system for drugs that do not dissolve in water effectively.

The novel nanopolymer may aid in ascertaining whether cancer drugs hit their targets and also reduces drug side effects. Most cancer medications probably fail to be very specific and target different proteins that can lead to side effects. Apart from the drug, the synthetic nanopolymer is supposedly equipped with a chemical group that’s reactive to small beads. The beads reportedly retrieve the nanopolymer and any attached proteins after the drug has done its work. Proteins that are present and have been targeted by the drug can be purportedly known with the assistance of mass spectrometry.

The introduced nanopolymers can possibly improve the delivery of drugs to their targets. As they are nanosized and water soluble, the nanopolymers can probably gain access to cells more effectively than a standalone drug that is only minimally water-soluble. The nanopolymer’s abilities have been demonstrated on human cancer cells and the cancer drug methotrexate. In order to track the nanopolymers, a fluorescent dye was employed that showed they were entering cells. Tao then broke the cells and retrieved the nanopolymers.

The research is published in the online in the journal Agnewandte Chemie International Edition.