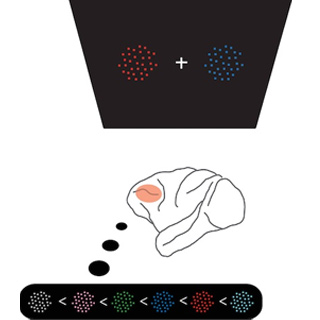 It is a commonly held belief that patients suffering from diseases such as ADHD, Tourette syndrome, obsessive compulsive disorder and schizophrenia have anomalies in their brain’s prefrontal cortex. The key to the ‘brain clutter’ and impulsivity displayed by individuals with dysfunctional prefrontal cortices may lie within a malfunction of a specific type of brain cell. Now, experts from the McGill University claim to have detected neurons in the dorsolateral sub-region of the primate prefrontal cortex which selectively filters out important from unimportant visual information.

The hallmark to the normal functioning of these ‘filter neurons’ probably is their ability to, in the presence of visual clutter, selectively and strongly inhibit the unimportant information. They supposedly give other areas of the brain access to what is relevant. In contrast to common beliefs, researchers presume that the brain has a limited processing capacity. It can purportedly process about one percent of the visual information that it takes in. So the neurons responsible for perceiving objects and programming actions may constantly compete with one another to access the vital information.

While analyzing the behavior of the neurons in the prefrontal cortex, Julio Martinez-Trujillo, a professor in McGill University’s Department of Physiology and Canada Research Chair in Visual Neuroscience and colleagues found that an animal’s ability to successfully accomplish a single action in the presence of visual clutter was dictated by how well these units suppressed distracting information. The research findings can possibly aid in identifying the causes and improving the diagnosis and treatments of a wide range of mental disorders including ADHD and schizophrenia.

The research will be published in Neuron.