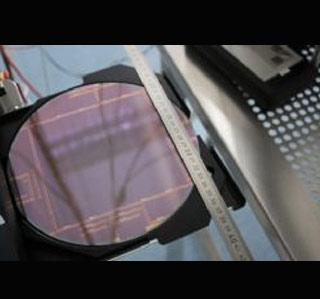 Could a 12.8 cm square chip hold key to future cancer diagnoses? Well, read further on to seek the answer for this question. Investigators from the University of Lincoln have crafted a microchip dubbed as Dynamic range Adjustable for Medical Imaging Technology (DynAMITe) that can detect cancer and also reveal the impact of radiotherapy treatment.

Claimed to be the world’s biggest microchip for medical imaging, DynAMITe is an Active Pixel Sensor developed in 0.18 micron CMOS technology. It consists of 1280 x 1280 pixels on a 100-micron pitch coplanar along with 2560 x 2560 pixels on a 50-micron pitch. The microchip operating at frame rates up to 90 frames per second apparently provides an imaging area in excess of 25 cm square. The 12.8 cm wafer-scale square chip appears 200 times larger than the processing chips used in current PCs and laptops.

Prof Nigel Allinson added, “DynAMITe was designed for medical imaging, in particular mammography and radiotherapy, so the individual pixels are much larger than those found in consumer digital cameras or mobile phones. As it will withstand exposure to very high levels of x-ray and other radiation, it will operate for many years in the adverse environment of cancer diagnosis and treatment instruments; and represents a major advance over the existing technology of amorphous Silicon panels.”

The images produced by DynAMITe may precisely point out the impact of radiation on tumors and also guide the detection in the earliest stages. The imager probably is the largest device that can be made on a single industry standard eight inch (20 cm) diameter wafer. Additional attempts are made to investigate all the potential uses for this chip in cancer research as well as treatment.

The research was funded by the UK Engineering and Physical Sciences Research Council.

Pill consisting of tomato compound may shield the heart against diseases