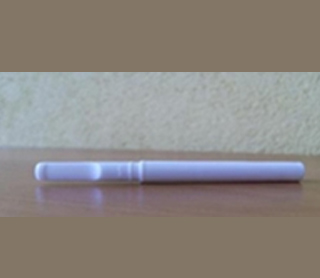 Here is a unique way to help smokers quit. A recent study asserts that nicotine-free plastic inhalers can elevate a smoker’s chance of quitting. It was suggested that smokers who rely on the handling of a cigarette as a behavioral pattern, have higher success rates to quit smoking by such inhalers.

Claimed to be a novel study, experts looked at whether nicotine-free inhalers can help people to quit smoking. The study included a total of 120 people who participated in a programme to quit smoking. One study group was subjected to plastic inhalers as treatment, while other followed a usual programme. Participants were also made to complete a questionnaire which focused on highlighting behavior patterns while smoking.

After a period of 24 weeks, subjects were asked if they had successfully quit smoking. As a result, a quit rate of 66.7 percent and 19.2 percent was registered by group using the inhalers and the other group, respectively. It was pointed out that smokers dependant on the handling of a cigarette as a behavioral pattern, have an increased success rate to give up smoking through nicotine-free inhalers.

The study is published in the European Respiratory Journal.