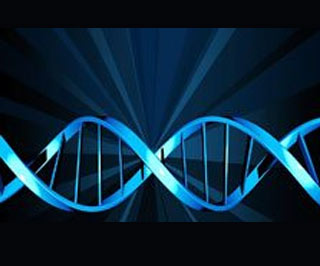 Adams-Oliver Syndrome (AOS) though a rare phenomenon, has been known to affect many infants from the general population. According to a team of investigators, led by the National Institute for Health Research (NIHR) comprehensive Biomedical Research Centre (BRC) at King’s College London and Guy’s and St Thomas’, a particular gene is responsible for AOS, a condition which can cause birth defects of the heart, limbs or blood vessels.

This study is a major breakthrough in the field of medicine and can go a long way in preventing the occurrence of this disease as well. This discovery also paves a way to treat this defect. The basis of these investigations can be traced down to the essential role of genes in developing congenital birth defects.

The team conducted a study examining two AOS affected families and found out the mutation of a certain gene called ARHGAP31, being the sole factor responsible for this condition. This gene enables the regulation of two proteins in the body which are critical for cell division, growth and movement. Mutation of this gene could result in absence of certain signaling proteins which are crucial for normal limb formation.

Professor Richard Trembath, Head of King’s College London’s Division of Genetics and Molecular Medicine and Medicine Director of the NIHR BRC, commented “Birth defects of the heart, limbs and blood vessels can cause distress for children and their families, and tragically can sometimes even be fatal.”

He added, “Through this study we have uncovered the first inherited factor associated with Adams-Oliver Syndrome, which gives us greater understanding of how associated birth defects develop. Understanding the genetic causes of rare diseases in this way not only helps us to understand the condition better, but it gives us a unique insight into the role of specific genes in human development on a broader scale.”

Professor Richard concluded by saying that, this knowledge would ultimately lead to developing better ways of treating children with these kinds of abnormalities, and one day the defect itself would be prevented from developing in the first place. This study thus lays down the foundation for detection of all types of common birth defects and the ways to treat and prevent them in future.

The study is published in the American Journal of Human Genetics.