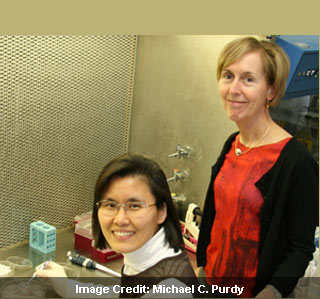 The chemical dopamine is known to play a role in brain cell communications which comprise of control movement signals. Ever wondered why Parkinson’s disease discerningly harms brain cells producing dopamine? Well researchers at Washington University School of Medicine in St. Louis reveal new data that provides hints on just this. Apparently dopamine-producing cells are annihilated by Parkinson’s and patients may start developing tremors along with other symptoms like problems in movement.

According to the new research, a drug which may be damaging dopamine-producing nerve cells and imitating Parkinson’s disease acts by quickly harming mitochondria. Hence, mitochondria’s standard ability to revolve around the cell is probably impaired because of this damage. Consequently, this may lead to withering of the axons and a couple of days later, the cell’s main portion or body could also be killed.

“Much of the research into Parkinson’s disease treatments is focused on saving the bodies of these cells, but our results suggest that keeping axons healthy also is essential,” mentions Karen O’Malley, PhD, of Washington University School of Medicine in St. Louis. “When axons die back, dopamine is no longer delivered to the neurons that need it. The cell body also has fewer connections to other cells, and it needs those connections to survive.”

The body of the nerve cell includes a host of processes and facilities required for cellular maintenance. Their products could sometimes have to move a notice-worthy distance in order to reach the end of the axon.

“If you think, for example, about one of your peripheral nerves, the cell body is located in the spinal column, but some of the axons extend as far as your big toe,” adds O’Malley, professor of neurobiology. “That’s like the cell body sits in an office in St. Louis and the end of the axon is in Chicago.”

The investigators compared the axon’s mechanism for transporting supplies to a railroad. In order to better understand this, cultured mouse nerve cells were administered the MPP+ toxin which is known to cause symptoms similar to Parkinson’s. It was observed that the movement of mitochondria was stopped in the axon in approximately half an hour. Akin to the railroad, it’s functioning was however not hampered as it continued shipping other cargo to the axon’s end. Nevertheless most mitochondria were either headed to the cell body in place of the axon or plain stopped moving.

The scientists speculate that the mitochondria may have been damaged by modifications caused by the toxin. They were being transported back for repair to the cell body, with a number of tests allegedly buttressing the theory. Mitochondria it appeared were unable to sustain its membrane potential. How choosy the toxin behaves for dopamine-producing cells is seemingly backed up by the discovery that other types of nerve cells may not have faced any hindrances in shipping mitochondria post toxin exposure.

When various nerve cell types were pitted against each other, O’Malley uncovered mitochondria in dopamine-producing nerve cells to be tinier in dimensions. They probably also moved about thrice as slowly. Yet, it wasn’t possible to confirm that these distinctions may have a significant part in difficulties compelled by the toxin. Further examinations led scientists to screen an array of compounds to observe if they could help obstruct the effects of the toxins.

The scientists discovered that were probably just two antioxidants that worked namely glutathione and N-acetyl cysteine. Animal modes of Parkinson’s disease are said to have shown effectiveness with the latter compound. Reportedly, it’s also known to be useful for the treatment of other disorders. Presently, O’Malley is contemplating if the two genes associated to Parkinson’s disease have the ability to affect toxin-damaged mitochondria.

These findings were published in the The Journal of Neuroscience, May 11.