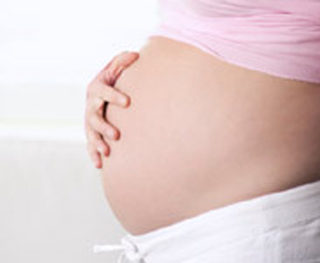 Most women may gain a few extra pounds while expecting a baby. Well, a recent study led by the University of Bristol claims that gaining more than the recommended weight during pregnancy raises the risk of long-term obesity and health complications such as high blood pressure. The study findings presumably have major implications in the world of health and medicine.

At the time of the study, scientists assayed the health status of 3,877 women for 16 years after giving birth. Even though weight gain is necessary for the growth and development of the fetus, attaining more than the recommended weight during pregnancy supposedly increases health issues later on. Gaining weight during pregnancy may lead to a three-fold risk of being overweight or obese or to develop central adiposity in the near future.

Dr Abigail Fraser, the report’s main author, highlighted, “Our findings suggest that regular monitoring of weight in pregnancy may need to be reconsidered because it provides a window of opportunity to prevent health problems later in life.”

Women who failed to gain excess weight during pregnancy allegedly were at lower threat of becoming overweight or obese and developing associated health problems. Those who were underweight or within the normal range before pregnancy reported average weight gains of 12.7 and 12.9 kilos respectively. All through the study, scientists compared the women’s pre-pregnancy weight with BMI, waist circumference and blood pressure 16 years’ later. Also factors such as age, sex of the child, social class, parity, smoking, physical activity and diet in pregnancy, method of delivery, and whether the mother breastfed were taken into consideration.

The study was published in the June 2011 issue of The American Journal of Clinical Nutrition.