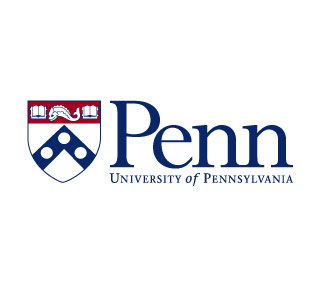 The problems of burning the midnight oil are well known by everyone but do we think it’s really something that could serious health implications. But according to a new research put forward by investigators at Penn University, sleep deprivation may have an uncanny link to memory impairment. The research analyzed the part of the brain related to memory and checked if the effects of sleep deprivation have a neurochemical basis. The part of the brain related to memory known as nucleoside adenosine, formed the basis of the research.

Two experiments along the same line were carried out on sleep-deprived mice with the main purpose of gauging the different ways of adenosine’s involvement in memory impairment.

“For a long time, researchers have known that sleep deprivation results in increased levels of adenosine in the brain, and has this effect from fruit flies to mice to humans. There is accumulating evidence that this adenosine is really the source of a number of the deficits and impact of sleep deprivation, including memory loss and attention deficits. One thing that underscores that evidence is that caffeine is a drug that blocks the effects of adenosine, so we sometimes refer to this as ‘the Starbucks experiment,” stated Ted Abel, a professor of biology in Penn’s School of Arts and Sciences and director of the University’s interdisciplinary Biological Basis of Behavior program.

One experiment dealt with genetically programmed mice. These mice lacked a gene responsible for the production of glial transmitters which are the chemical signals that stem from glia. The programmed mice in the absence of glia transmitters could not produce adenosine which was thought to give out the effects related to sleep deprivation

The other experiment was based on the science of pharmacology. Mice that were not genetically programmed had a pump planted into their brains. The function of the pump was to send a drug that obstructed a certain adenosine receptor in the hippocampus. Thus it could be assumed that sleep deprived mice would behave as if the extra adenosine in their brain was absent in case the receptor had a role to play in memory impairment.

This was followed by another experiment to check if these mice were sleep deprived. This was done using the object recognition method. It was an interesting procedure where on the first day the mice were placed in a box with two objects. The mice were allowed to examine them and were videotaped during the process. The normal 12 hour routine sleep of the mice was disrupted as they had been woken up in the middle of the night by the researchers.

On the second day one of the objects were moved and the mice were placed back in the box. The main aim here was to gauge their reaction on the change. Normal mice would usually observe the moved object more than the other objects unlike sleep deprived mice. According to Abel they had no idea of the things around them. The treated mice explored the moved object just like normal mice, like they had an undisturbed whole night sleep.

The hippocampi of the mice were thoroughly investigated using electric current to measure their synaptic plasticity and to check the strength of the memory forming g synapses. The genetically and pharmacologically treated group showed greater synaptic plasticity compared to the untreated group. Thus both the experiments reveal two parts of chemical pathway involved with sleep deprivation. The genetic engineering experiment brings out the source of adenosine while on the other end the pharmacological experiment shows the destination of adenosine.

One of the important observations here was that the mice showed no memory impairment if the chemical pathway was interrupted at either end .This idea may be replicated in humans too. Abel specified that this research located the brain area, the cellular circuit and the molecule by which sleep deprivation results in memory impairment.

“Our sleep deprivation experiments are the equivalent of losing half of a night sleep for a single night,” “Most of us would think that’s pretty minor, but it shows just how critical the need for sleep is for things like cognition.” Abel concluded.

The brain as observed is very reactive to sleep deprivation effects and such treatments may be seen as particularly engaging. The research is published in the in The Journal of Neuroscience.

Study throws light on the procedure of senescence