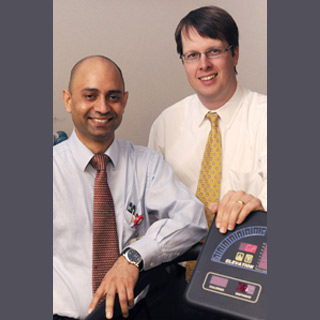 ‘Lack of activity destroys the good condition of every human being, while movement and methodical physical exercise save it and preserve it.’ This thoughtful quote by Plato appears very much helpful for middle-aged adults. Two separate studies undertaken by UT Southwestern Medical Center scientists claim that a simple fitness test can predict the risk of heart attack or stroke among middle-aged people.

During the studies, it was pointed out that that how fast a middle-age person can run a mile can enable doctors to anticipate the risk of dying of heart attack or stroke decades later for men. This test can presumably serve as an early indicator of cardiovascular disease for women. In one of the studies, experts inspected the heart disease risk of 45-, 55- and 65-year-old men on the basis of their fitness level. Also traditional risk factors, such as age, systolic blood pressure, diabetes, total cholesterol and smoking habits were taken into consideration.

“Nearly all women under 50 years of age are at low risk for heart disease. However, as women get older, their risk increases dramatically. In our study, we found that low levels of fitness were particularly helpful in identifying women at risk for heart disease over the long term,” enlightened Dr. Jarett Berry,assistant professor of internal medicine and a corresponding author on both studies.

The second study claimed that treadmill test can foretell how likely a person is to die of heart disease or stroke more accurately than assessing the risk using only typical prediction tools like blood pressure and cholesterol levels. Data for both studies was gathered from thousands of participants who underwent a comprehensive clinical exam and a treadmill exercise test at the Cooper Clinic in Dallas between 1970 and 2006. More than 11,000 men tested before 1990 were evaluated in the first investigation, while more than 66,000 participants were assayed during the other study.

Both the studies have been published in the Journal of the American College of Cardiology and Circulation.

Severe hip pain may be treated with ultrasound-guided cortisone injections