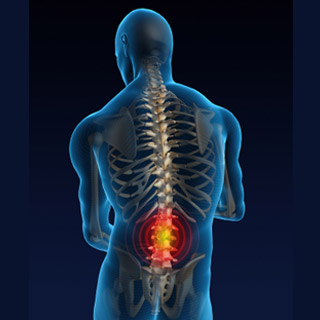 The favorite motto of gyms and fitness centers, ‘No pain no gain’ appears particularly important for people who suffer from chronic lower back pain. Scientists from the McGill University and the McGill University Health Centre (MUHC) claim that treatment provided for chronic back pain can reverse abnormal back activity and function. The study findings may have major implications in the medical world.

For over six months, authors enrolled patients with low back pain who were subjected to spinal injections or spinal surgery for alleviating their pain. Participants were made to undergo MRI scans before and six months after their procedures. The scans apparently measured the cortical thickness of the brain and brain activity when the subjects were performing a simple cognitive task. It then appeared that the anatomical function of the brain was recovered and so was its ability to function.

On completion of the treatment, an elevation of cortical thickness in specific areas of the brain was registered. This increment was presumably associated with pain reduction and physical disability. The abnormal brain activity observed initially during an attention-demanding cognitive task was allegedly found to have normalized after treatment. However, Laura S. Stone, senior author of the study from McGill’s Alan Edwards Centre for Research on Pain and colleagues mention that further investigation can confirm whether chronic pain actually causes these changes in the brain.

The study is published in the Journal of Neuroscience.