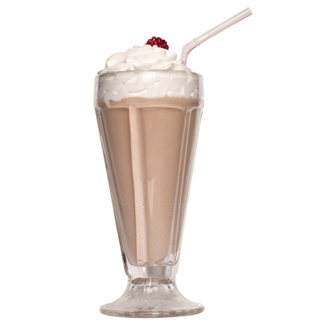 Physical satisfaction after eating a meal seems to be influenced by the mind. In a major breakthrough, scientists found that people’s state of mind determine how physically satisfied they feel after a meal and how likely they are to still feel hungry and consume additional food. The study findings probably have profound implications to fight obesity.

During the analysis, study subjects were given a 380 calorie milkshake under the pretense that it was either a 620 calorie ‘indulgent’ shake or a 140 calorie ‘sensible’ shake. Those who drank what they thought was the ‘indulgent’ high-fat, high-calorie shake allegedly had a significantly steeper decline in ghrelin after drinking it. Ghrelin is the so-called ‘hunger hormone’ in the gut that stimulates the appetite and feelings of hunger. This hormone appears is higher levels among people who overeat.

“This study shows that mindset can affect feelings of physical satiety. The brain was tricked into either feeling full or feeling unsatisfied. That feeling depended on what people believed they were consuming, rather than what they actually were consuming,” commented lead author Alia J. Crum of the department of psychology at Yale.

Participants drinking the ‘sensible’ low-fat, low-calorie calorie shake, on the other hand, reported a flat ghrelin response. The ghrelin response to perceived calorie counts may be consistent with what would be observed had the counts actually been that high or low. Since increased ghrelin levels is believed to cause increased body weight and fat gain through raised calorie consumption, this study can help tackle obesity. In conclusion, it was pointed out that consuming the shake thinking it was ‘indulgent’ seems to be healthier than thinking it was ‘sensible.’

The study is published online in the journal Health Psychology.